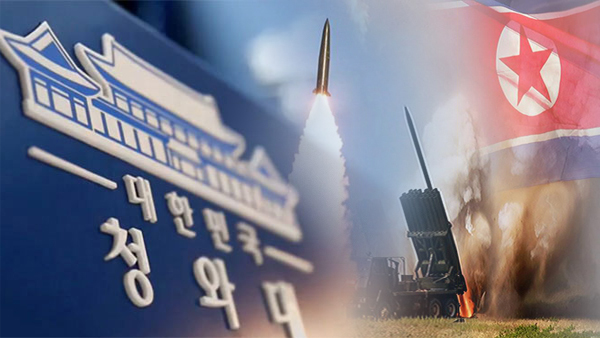 North Korea fired a projectile, presumed to be a ballistic missile, from the Sunan area in Pyongyang at around 7:52 am today into the East Sea.

This is already the eighth armed protest this year, and it has been 28 days since the launch of the medium-range ballistic missile ‘Hwasong-12’ on the 30th of last month.

At the meeting held for 1 hour and 10 minutes from 9:00 a.m., the participants pointed out that “the launch of a ballistic missile at a time when the world is making efforts to resolve the war in Ukraine is absolutely not desirable for the world, the region, or peace and stability on the Korean Peninsula.” I did.

In addition, the Blue House reported, “We emphasized that North Korea responds promptly to proposals for dialogue from the international community, including South Korea and the United States, and strongly urged the DPRK to immediately stop actions that go against a peaceful resolution through diplomacy,” the Blue House reported.

The Blue House explained, “While closely monitoring further North Korea’s developments, we emphasized that we will continue to safeguard security without faltering even on an important political schedule based on the firm readiness posture of the ROK-U.S. alliance,” the Blue House explained.

The Egyptian judiciary does justice to Rashwan Tawfiq in the face of his daughter.. and the artist comments