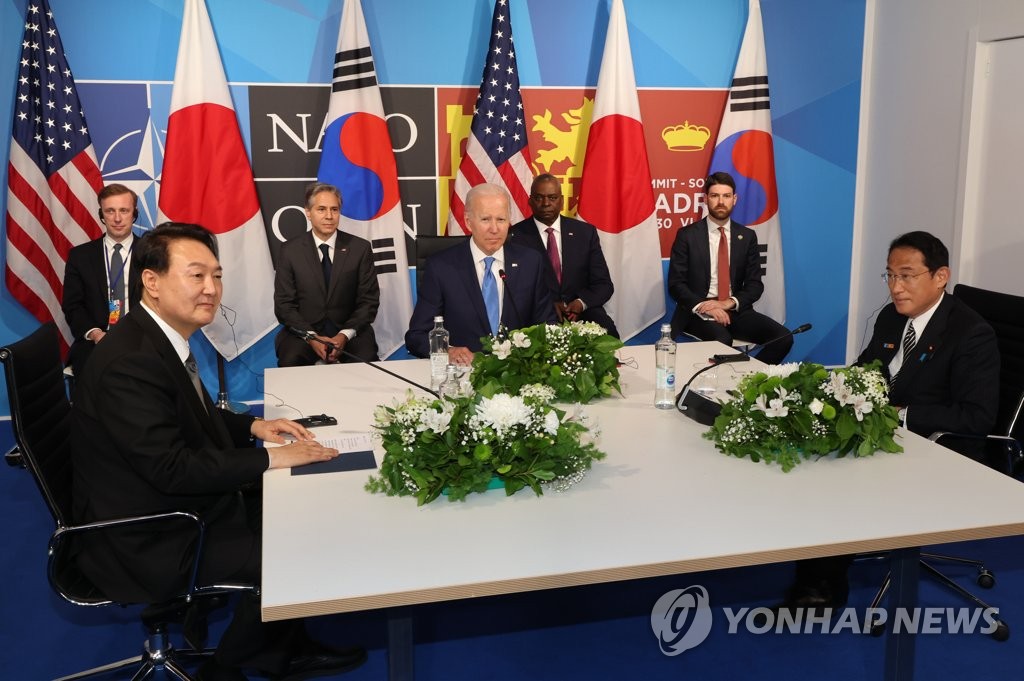 A spokesperson for the Ministry of Foreign Affairs answered a question from a reporter from the Central News Agency… “U.S. creates the risk of nuclear war”

(Seoul = Yonhap News) Reporter Park Soo-yoon = North Korea strongly objected to the decision of the leaders of the Republic of Korea, the United States and Japan to strengthen cooperation in response to the North Korean nuclear issue in the wake of the North Atlantic Treaty Organization (NATO) summit on the 29th (local time) of last month.

According to the Korean Central News Agency on the 3rd, a spokesperson for the North Korean Ministry of Foreign Affairs responded to a reporter’s question the day before, saying, “During the NATO summit meeting not long ago, the officials of the United States, Japan, and South Korea held a mock board for confrontation with the Republic of Korea and blindly exercised our right to self-defense. “We discussed dangerous joint military countermeasures targeting us, including the issue of conducting a three-party joint military exercise,” he said.

A spokesperson for the Ministry of Foreign Affairs said, “Through this NATO summit, the United States is pursuing an attempt to simultaneously deter and encircle Russia and China by realizing the militarization of Europe and NATO in the Asia-Pacific region. It has become clearer that we are using it as an important means for

He emphasized, “The created situation adds to the urgency of strengthening the national defense capability to actively respond to the rapid deterioration of the Korean peninsula and the international security environment.”

In particular, he said, “Due to the reckless military maneuvers of the United States and its followers, a dangerous situation has been created that can cause a nuclear war in Europe and the Asia-Pacific region at the same time, and international peace and security are in the most serious crisis since the end of the Cold War.” blamed on the
“The Democratic People’s Republic of Korea will reliably defend its sovereignty, national interest and territory against all kinds of threats arising from the hostile acts of the United States and its followers, and will take responsibility for ensuring the peace and security of the Korean peninsula and the region,” he said. We will fulfill our mission,” he said.

It is the first time since the appointment of Choe Son-hui as Foreign Minister at a plenary meeting of the Workers’ Party of Korea in early last month that the North Korean Ministry of Foreign Affairs issued a criticism in the name of a “spokesperson” rather than in the name of an individual researcher.

Meanwhile, NATO adopted a new strategic concept document at the summit meeting for the first time in 12 years, defining Russia as the “most serious and direct threat”, while referring to China as “China’s explicit ambitions and coercive policies are our interests and security.” , challenge the values,” and mentioned China for the first time.

In the midst of the sharp strategic competition between the United States and China and Russia’s invasion of Ukraine, North Korea has consistently voiced its voice on behalf of its allies, China and Russia.

Ke Zhien was smeared on the 4th day of Kaohsiung’s candidacy?He points out the DPP’s strategy in one sentence – Politics – China Times News