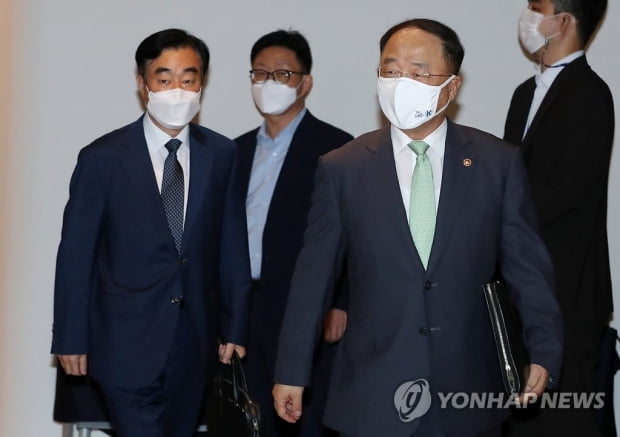 Deputy Prime Minister and Minister of Strategy and Finance Hong Nam-ki on the 27th said, “Some media criticize the tax law revision for 2021 as a frame of ‘large corporations’ tax cuts, but this is not only not true, but also an undesirable point.”

Deputy Prime Minister Hong responded by posting a post on Facebook to the criticism that tax cuts are focused on large corporations with this year’s tax law revision, which aims to provide tax support for national strategic technologies such as semiconductors, batteries, and vaccines.

“Just as we established measures to strengthen the competitiveness of materials, parts and equipment in response to Japanese export restrictions two years ago, we need to make a preemptive move to secure industrial competitiveness,” he said. It is a ‘golden time’ to secure and maintain global competitiveness.”

“It is not desirable to view this tax reform bill as a biased and dichotomous view of ‘support for large corporations and tax cuts for the rich’ in a situation where the government and corporations have to work together as a team,” he said.

He also pointed out, “The criticism of ‘tax cuts’ by large corporations may result in robbing these companies of benefits as well.”

It is analyzed that the tax reform will reduce taxes by 1.5 trillion won over the next five years from next year to 2026.

According to the effect of national strategic technology tax support, 866.9 billion won of this is estimated to be a reduction in the tax burden of large corporations.

It was pointed out that the tax law should be amended for ‘large corporations’ tax cuts.