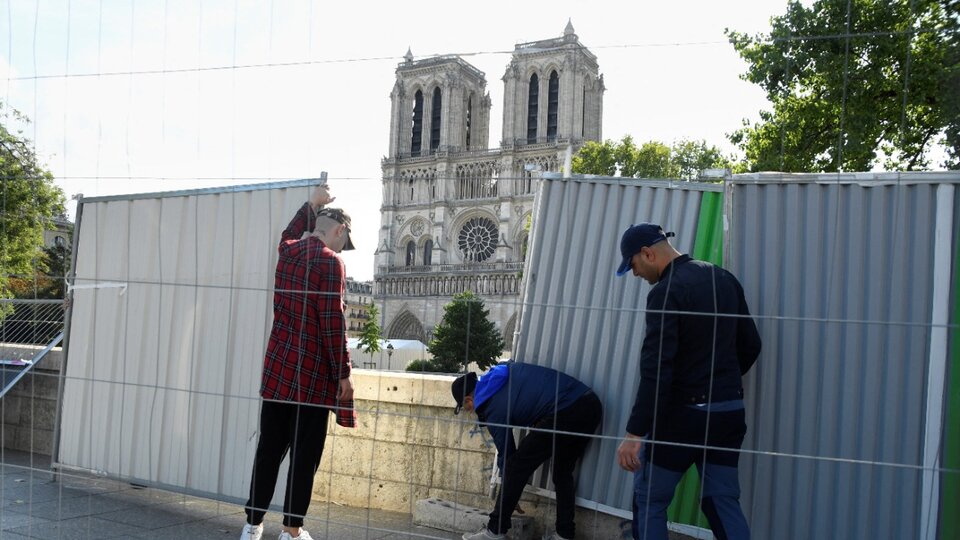 The square of Notre Dame de Paris was temporarily closed to the public due to high lead concentration caused by the fire of the cathedral two years ago, the police of the French capital announced on Tuesday.

“The results of the last measurement campaign showed lead dust concentrations higher than the usual level in Paris at certain points in the square“the Parisian police said in a statement.

The closure will be lifted as soon as the cleaning of the square is finished and “all the measured values ​​have returned to a sufficiently low level,” it was specified.

Since the fire of 2019, the square and the cathedral are continuously monitored for the concentration of lead dust.

The flames they had melted several hundred tons of lead into the frame of the Gothic monument.

The cathedral fire, whose construction began in 1163, occurred just over two years ago, on April 15, 2019. Even if the temple lost its spire, its roof, its clock and part of its vault, the work of the firemen made it possible that the great medieval building did not collapse.

Two years after the fire, French President Emmanuel Macron visited the building, highlighting the efforts made in the reconstruction.

“An immense job has been done in two years,” Macron had said on his first visit to the cathedral after the destruction.

The reconstruction from Our–Dame It will not be completed for five years, according to Jean-Louis Georgelin, president of the public body in charge of its reconstruction, when the work to recover the Parisian cathedral began. However, he noted, a first mass may be held in 2024.

Two years after the incident, the enigma of its origin remains unsolved. There is very little information available on the progress of the investigation.

In June 2019, at the end of the preliminary investigation, the Paris prosecutor had indicated that lor it is more likely that it was an accident. “For now, we maintain the same thesis, that of the badly extinguished cigarette butt or the short circuit,” a source from the judicial investigation confided to AFP.