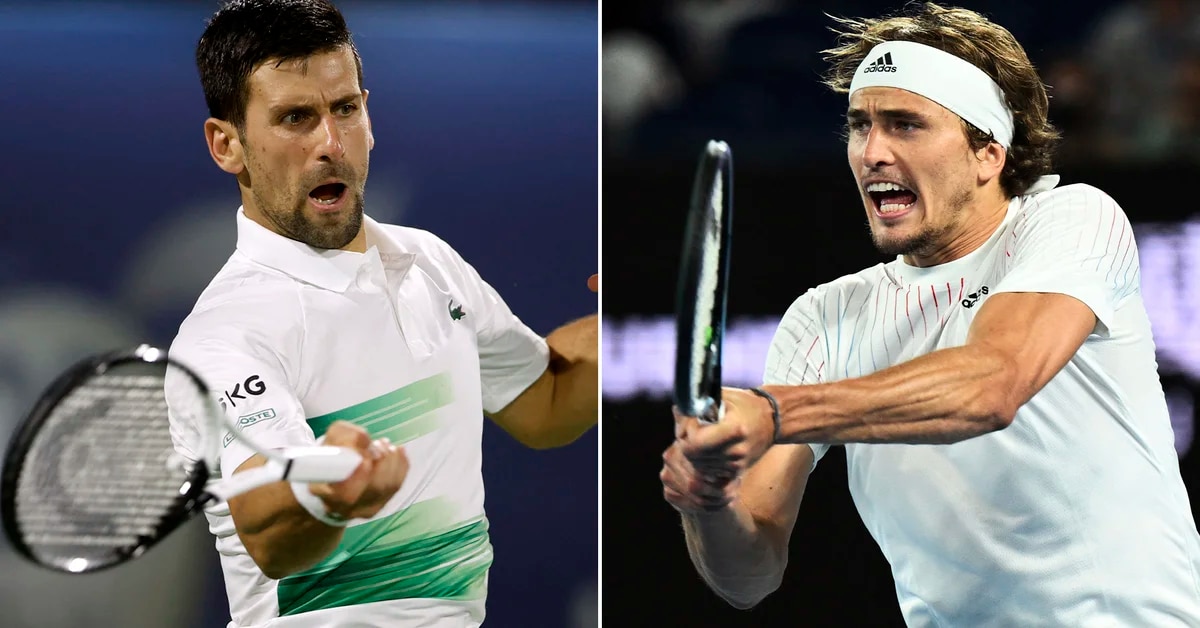 Alexander Zverev became the name of the moment after his performance in the Mexican Tennis Openalthough this time it was not because of his sporting performance, since he was eliminated in the round of 16 along with his partner Marcelo Melowho were unable to progress in the men’s doubles format.

This situation, combined with his disagreement over the decisions of the judges, caused the German to lose his nerve once the match was over, to the extent of hitting the head judge’s chair with his racket and provoke the boos of the present public.

After being disqualified from the tournament in the individual format, the 24-year-old tennis player apologized for his actions and generated the opinion of different protagonists, with Novak Djokovic as the first consecrated tennis player to express his opinion.

“I hope he can reflect on it and that it doesn’t happen again, and I’m sure he will accept it maturely”

After qualifying for the quarterfinals in the Dubai tournament, Djokovic dedicated a few words to his colleague Alexander, in which he hinted that the situation was understandable due to the amount of emotions experienced in a match; however, he disapproved of his actions and declared that the experience will serve him well in the future.

“I understand the frustration, there are times when you feel a lot of emotions and there are a lot of things that go through your head in the heat of battle. I understand what he was going through, but of course I don’t justify his action”, affirmed the Serbian after obtaining his pass in the Arab tournament.

“I think the disqualification was not harsh, it was the right decision”

Later he valued the apologies he made Zverev through his social networks, in which he made clear his regret for his actions and where he claimed to have personally apologized to the judge.

“I think he has dealt with the situation, looking at the statements, correctly. He commented that he has made a mistake and that his actions were not appropriate“said the number 1 tennis player in the world in the ATP ranking, who was also recently involved in an international controversy for being against vaccines and wanting to participate in the Australian Open.

“3 wishes…”: Maite Orsini celebrated her birthday with a special moment with Gonzalo Valenzuela