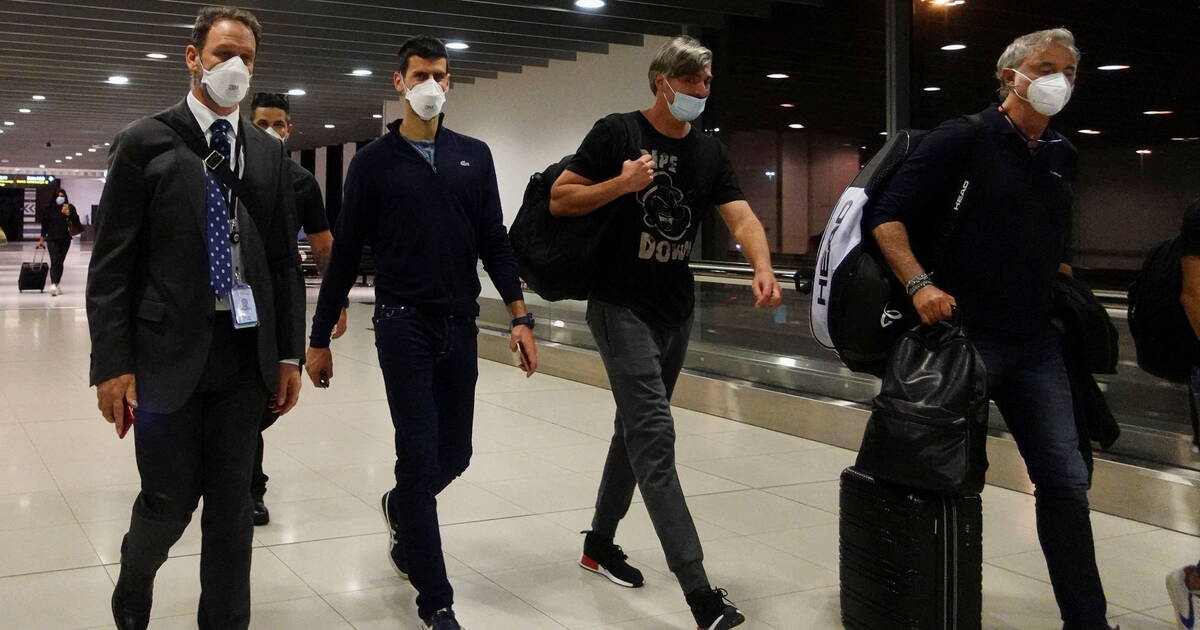 The world number 1 in tennis, not vaccinated against Covid-19, saw the cancellation of his visa confirmed by the Australian courts this Sunday morning. He flew out shortly before 1 p.m. and will not compete at the Australian Open.

End of the game for Novak Djokovic. The tennis world number 1 left Australia after seeing his appeal against the cancellation of his visa rejected on Sunday morning. The Serb, who will not be able to participate in the Australian Open where he was aiming for a 21st Grand Slam title, flew away shortly before 1 p.m. from Melbourne airport on a flight to Dubai. This is the direct consequence of the decision rendered unanimously by the three judges of the Federal Court, shortly before 8 a.m. (6 p.m. local time) this Sunday: they decided that the authorities were justified in canceling the visa of the player. He will also have to pay court costs.

“I am extremely disappointed with the Court’s decision, reacted the player in a press release. I respect the Court’s decision and will cooperate with the relevant authorities regarding my departure from the country.” “I will now take some time to rest and recover, before making any further comments than the following”, added Djokovic.

The Australian Tennis Federation said this Sunday “respect” the court decision. The ATP, which manages the men’s tennis circuit, said for its part that this decision “puts an end to a series of deeply regrettable events.” “Court decisions on public health issues must be respected”, adds the body, however regretting the absence of the world number 1 from the Australian Open, a “loss to tennis.”

The ultimate legal battle between Novak Djokovic and the Australian government, which maintains that the unvaccinated Serb against Covid-19 constitutes a “health risk” and intends to expel him from the country, has therefore turned to the advantage of the locals. Allowed to leave the detention center where he was placed on Saturday, Djokovic followed the hearing online from the offices of his lawyers.

The decision provoked a strong reaction from Serbian President Aleksandar Vucic, who got angry on Sunday against the Australian authorities. “They think that with these ten days of mistreatment they humiliated Djokovic, he launched in front of the local press. They have humiliated themselves, Djokovic can return to his country with his head held high and look everyone straight in the eye.

A lost “final” which, in the short term, should lead to the expulsion of the Serb and deprive him of participation in the Australian Open, in the table of which he was nevertheless registered. In theory, Djokovic was supposed to play tomorrow night. It is likely that he will have already left the country by then.

The move marks the latest installment in a saga that began on January 5, when the player was stranded upon arriving in Melbourne. Novak Djokovic, a notorious vaccine-skeptic, had been turned back on his arrival in Australia and placed for the first time in administrative detention. The player, who contracted Covid-19 in December, had hoped for an exemption to enter the country without being vaccinated, but the authorities did not accept this explanation.

The Australian government suffered a humiliating setback on January 10 when a judge blocked Djokovic’s deportation, reinstated his visa and ordered his immediate release. The Serb was then able to resume his training for the Australian Open. Eventually, the Minister of Immigration canceled his visa again on Friday under his discretion and “on health and public order grounds”, a measure that is difficult to challenge in court.

Update at 1 p.m. with the takeoff of Djokovic’s plane and the various reactions.

Researchers identify a virus as responsible for multiple sclerosis

The Strange Mystery of Civil War Gold, the FBI and Treasure Hunters