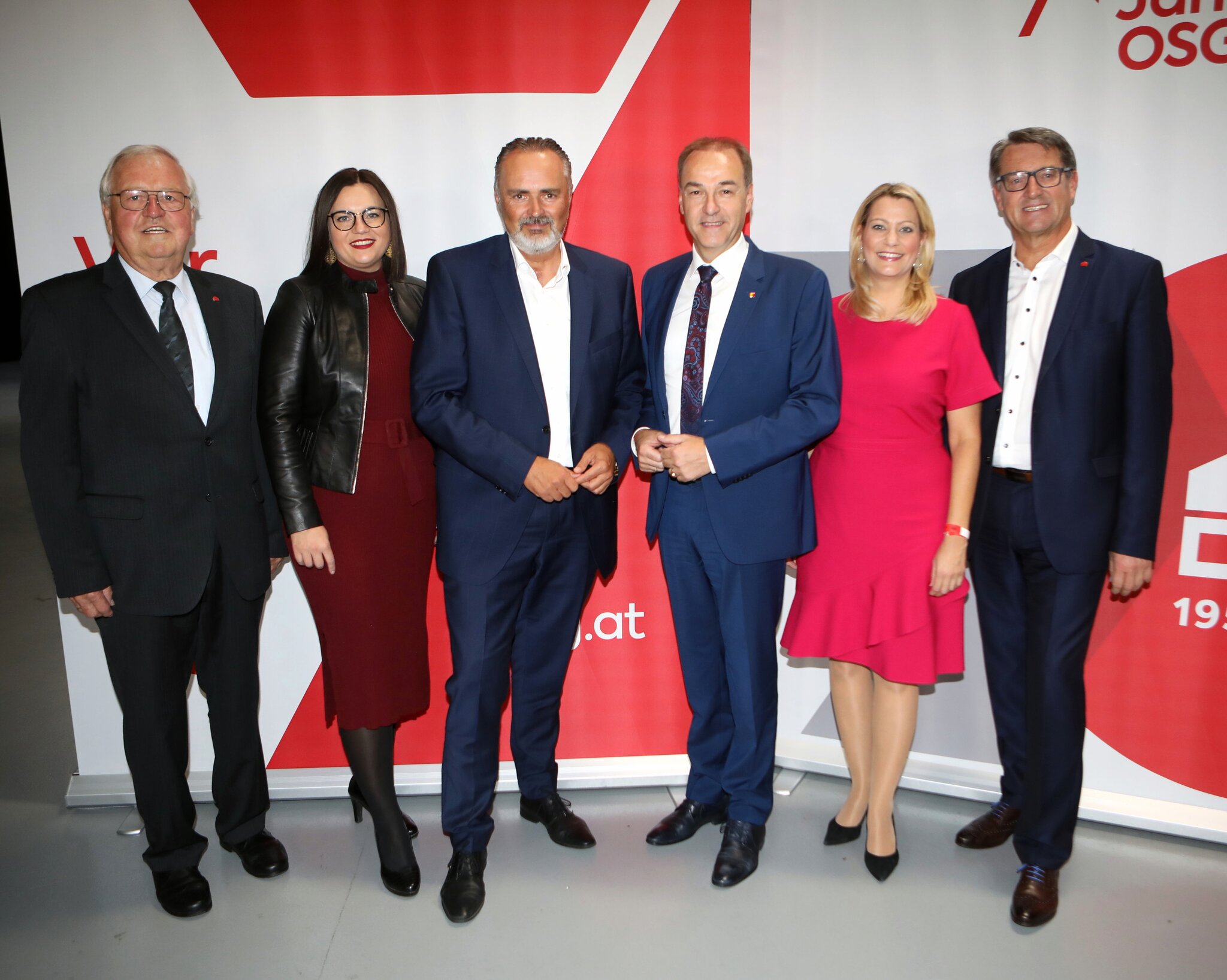 The Oberwart settlement cooperative invited to the anniversary party in the Oberwart Exhibition Center.

OBERWARTEN. In its 70-year existence, the Oberwarter Siedlungsgenossenschaft (OSG) has developed into a powerful motor for residential construction and an important source of inspiration for the local economy.
Reason enough to celebrate the anniversary accordingly. “We thought about it for a long time and then decided to celebrate the anniversary. So much has happened in the last ten years. Back then we had 10,800 apartments, today there are 17,000. At that time 23,000 people lived with us, today 38,000. 2011 we had a construction volume of 90 million euros, in the previous year it was 160, for this year we are expecting around 180 million euros. The number of employees has also increased significantly from 49 to currently 93 in Oberwart “, says OSG-Obm. Alfred Kollar, who sees the event as “thanks for the partners from politics, business and tenants”.

“This year we’re not only celebrating 100 years of Burgenland, but also 70 years of OSG – two success stories that are inseparably linked to this day. What began in 1951 with the amalgamation of 17 settlers has developed over the past seven decades into a powerful engine of residential construction and the economy in Burgenland, ”emphasized LH Hans Peter Doskozil.
Doskozil presented Alfred Kollar, who celebrated his 60th birthday on September 22nd, with the Commander’s Cross as a “sign of recognition for his work, not only for the OSG, but for Burgenland as a whole”.
LH-Deputy Astrid Eisenkopf: “The OSG makes an important contribution to the contemporary sustainable development of Burgenland in the area of ​​municipal buildings, starting with the municipal office, fire station to childcare and health facilities. The town centers in the communities are being revitalized with their construction projects. This leads to an increase in the quality of life and secures the independence and identity of the Burgenland villages as living, working and social space in the long term. “

Housing Councilor Heinrich Dorner: “The Burgenland housing subsidy (WBF) became even more attractive at the beginning of the year. For example in the area of ​​loan conditions, where there is a fixed interest rate of 0.9 percent over 30 years, which is unique in Austria. With the introduction of the eco-index, a major step has been taken in the direction of greening housing subsidies. The craftsman bonus proves to be a highly successful renovation measure, in which it stimulates the economy, gives small and medium-sized businesses decisive impetus in difficult times, and also provides significant financial relief for the population. This path will also be consistently continued in multi-storey residential buildings. “
“OSG ​​is a strong partner of the state and the entire Burgenland economy,” said Economic Councilor Leonhard Schneemann, who further referred to the company’s strong economic position: “OSG secures numerous jobs in Burgenland and ensures added value and purchasing power in the state great commitment to Burgenland deserves recognition and respect. “
Almost the entire construction volume of 160 million euros flowed into the domestic economy in 2020. Almost 100 percent of all OSG orders go to companies in Burgenland, and these orders secure around 2,500 jobs in the construction industry.

Anniversary with a new address

In addition to the award of the Commander’s Cross and a cake, there was another – already “announced” gift for the anniversary, because Mayor Georg Rosner surprised Alfred Kollar with a new address. The new headquarters of OSG is now at “OSG-Platz 1”.
The Triffnix Horns and then Anita Wagner provided the musical accompaniment to the festivities at a cozy get-together. The ceremony was moderated by Elisabeth Pauer-Gerbavsits.