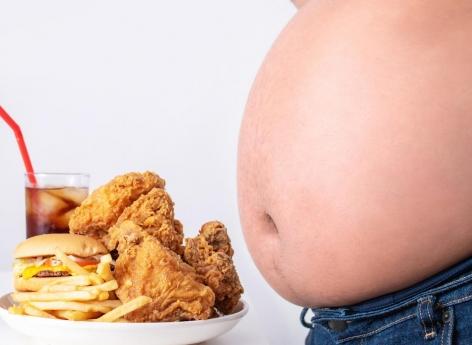 After Alzheimer’s, obesity. The United States Drug Agency, the Food and Drug Administration, has just approved the marketing of a treatment promoting weight loss, seven years after the last. This decision, made public on June 4 through a statement, occurs almost at the same time as that authorizing a new Alzheimer’s drug almost 20 years after the last treatment was approved. Called Wegovy and developed by the Danish pharmaceutical company Novo Nordisk, this new appetite suppressant drug would lead to weight loss of 15% on average, which could increase to 30% in some cases.

This treatment bases its effectiveness on an active substance, semaglutide, which is already known to be used in the management of type 2 diabetes. It helps reduce blood sugar, body weight and fat mass. It turns out that semaglutide is also an incredible appetite suppressant with weight loss results reported to be levels that only bariatric surgery could achieve so far. An important finding as the number of obesity cases worldwide has almost tripled since 1975, according to theWorld Health Organization.

This treatment is taken as a weekly injection, the dose of which increases each week to 2.4 mg. This helps reduce gastrointestinal side effects. It should be used in obese or overweight adults who have at least one weight-related condition (high blood pressure, diabetes, etc.). Once in the body, Wegovy mimics the action of a hormone called glucagon-like peptide-1 (or GLP-1), which targets areas of the brain that regulate appetite and food intake. It then acts as an appetite suppressant by increasing the feeling of satiety. In addition, this medication must be accompanied by a low calorie diet and increased physical activity.

The marketing authorization was announced after clinical trials showed very encouraging results and very good safety of this drug. A study published on March 18 in the New England Journal of Medicine revealed that this treatment enabled 200 obese participants, who had a BMI equal to or greater than 30, to achieve an average weight loss of 15%. A third of them even lost more than 20% of their initial weight. “No other drug has been successful in producing this level of weight loss, it is a real game-changer“, Congratulated the time Rachel Batterham, obesity researcher at University College London and co-author of the study. Four separate double-blind trials, conducted over a period of 68 weeks and approximately 4,500 patients, reported mean weight loss ranging from 12.4% to 18%. While the majority of participants in the various studies responded well to treatment, some stopped taking the drug because of the side effects.

At this time, this treatment should not be available to everyone. The Danish laboratory has not yet communicated its price but it has indicated that it could display levels similar to the drug Saxenda which costs $ 1,300 per month.