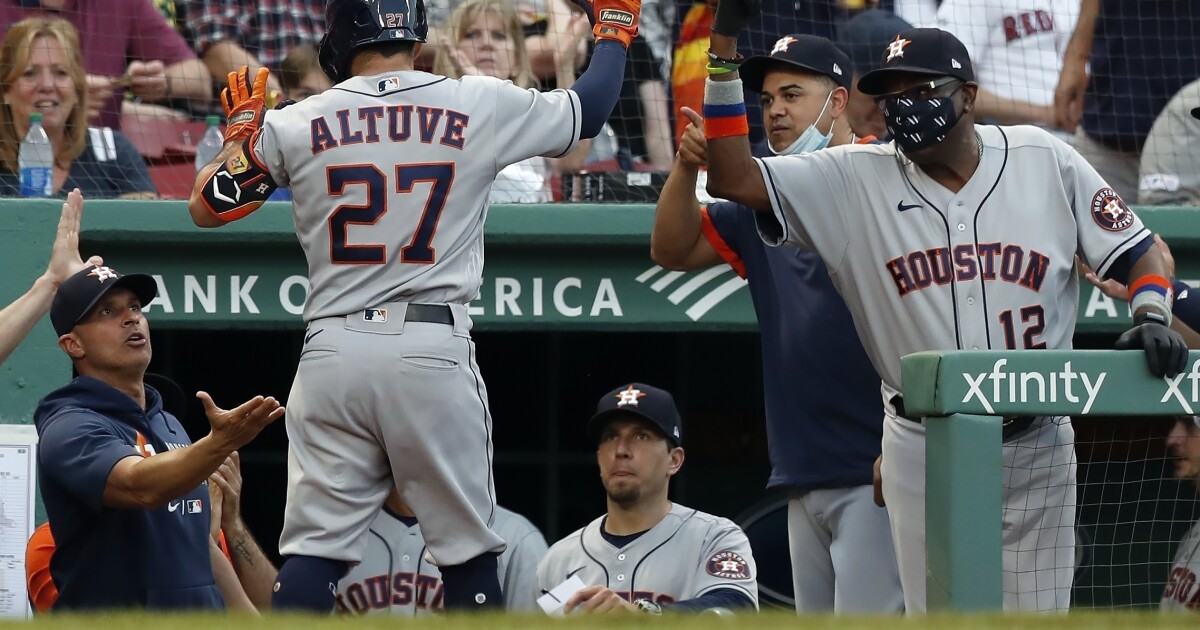 Jose Altuve and Alex Bregman hit home runs to help Jake Odorizzi get his first win since 2019, and the Houston Astros beat the Boston Red Sox 8-3 on Wednesday night.

Houston reached three straight wins and will look to sweep the series in Thursday’s game. Boston led 2-0, but the Astros responded with five touchdowns to take control.

Odorizzi (1-3) allowed three touchdowns and three hits in five innings, striking out six for his first win since Sept. 24, 2019, when he was with Minnesota. Despite conceding the home run to Xander Bogaerts, he remained mostly in control, hitting 54 of his 77 pitches for strikes. Christian Javier allowed one hit and struck out three in four scoreless innings for his first save.

Odorizzi had a clear improvement from his first start against Boston last week, in which he barely stayed on the mound for three innings in what was the Red Sox’s only win over Houston this season.

Nathan Eovaldi (7-3) worked 5 2/3 innings, in which he allowed five runs and 11 hits, his highest number of the season, with five strikeouts. The loss snapped a three-game win streak for the starter.

Trailing 2-0, the Astros got on the scoreboard in the second inning when Kyle Tucker scored on Myles Straw’s double. Altuve tied the score in the third inning by depositing Eovaldi’s fastball behind the left-field fence for his 10th home run of the season.