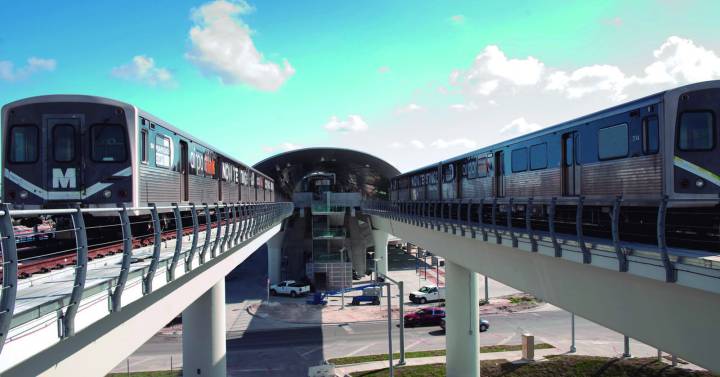 OHL has been awarded a contract in Florida, United States, to start up a new rapid transit bus corridor in the city of Miami, known as ‘Bus Rapid Transit’ (BRT), for a total amount of 310 million of euros.

The company owned by the Mexican brothers Amodio defends that it is their most important project in this State, with which its subsidiary in the United States, OHL USA, has already added contracts obtained throughout the country for 850.8 million euros.

The contract, which is developed along 32 kilometers of exclusive traffic lane for this type of bus, includes several components, including the construction of BRT stations and a deterrent car park.

Specifically, the main construction tasks include 14 BRT stations fully convertible to heavy rail systems, the rehabilitation of existing stations (16 locations and 32 canopies), two terminal stations, the improvement of a section of track and two projects to improve the security.

“This action will report 14 iconic stations, an improvement in travel times for users, the creation of an exclusive circulation route, the installation of a prepaid system to speed up access and improvements in the safety of the road”, defends the company in a statement.

Among other benefits, he cites the use of sustainable materials, low maintenance and long-term performance, “safe, efficient and effective” access controls, construction carried out within the exclusive traffic lane, maintenance of operations traffic lines or future conversion of the design to heavy rail systems.

OHL Building, another of the company’s subsidiaries, also participates in this project through the construction of the dissuasive parking lot and the provision of architectural coordination services for the conditioning of the stations.

Other OHL USA projects include the widening and reconstruction of roads and bridges on the Tri-State highway in Illinois, the design and construction of the Elmont station on Long Island, New York, and several highway projects for Caltrans in Southern California.

See Also:  Nia: "I won because I worked hard, regardless of being black or white"