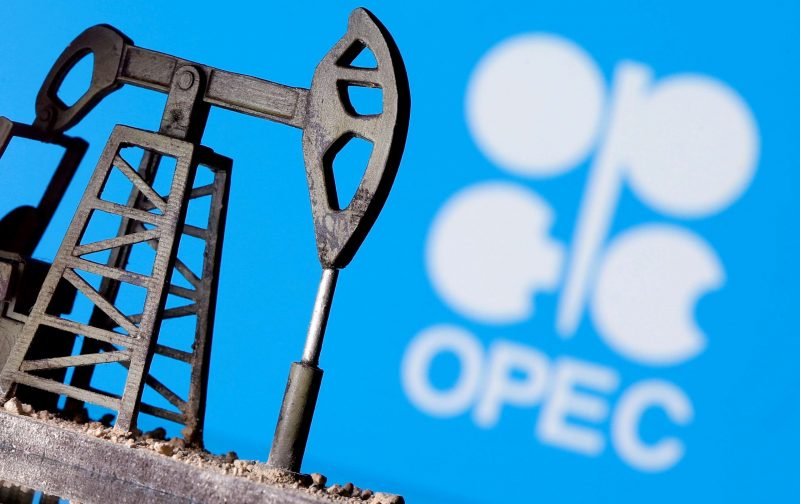 Istanbul: Global oil markets are awaiting a meeting of the “OPEC +” alliance, on Tuesday, to discuss the reality of the current crude markets, and the future of the agreement to reduce production, which has been ongoing since May 2020, and will continue until April 2022.
Continuing to ease production cuts during the next month, as planned, prevails over any other decisions to deal with the assumptions of fluctuating demand for oil, or a possible near increase in supplies from Iran.
The OPEC report, issued earlier this month, shows the continued improvement in demand for crude, during last April, amid the increase in vaccinations against the Corona virus, despite the uneven distribution of its global distribution.
And in early April, the alliance, which includes members of the “OPEC” organization along with independent producers led by Russia, agreed to ease production restrictions by 350,000 barrels per day in May, to stabilize the production cut at approximately 6.65 million barrels per day.
The coalition will implement another easing to reduce production in June, by another 350,000 barrels per day, to 6.3 million barrels; This is followed by another easing of nearly 400,000 barrels per day, to 5.85 million barrels in July.
And last week, Iran held the fifth round of negotiations for the nuclear agreement with the major powers, in the Austrian capital Vienna, amid expectations that the United States would return to the agreement again, after its withdrawal in May 2018.
Before the sanctions imposed by Washington on Tehran as of August 2018, Iran was the third largest producer of crude oil in the “OPEC” organization after Saudi Arabia and Iraq, with an average daily production of 3.85 million barrels.
As a result of US sanctions on the Iranian crude sector, the latter’s oil exports fell to an average of two million barrels per day.
And on Sunday, the Indian Ministry of Health announced that 165,553 new cases of Corona virus had been recorded during the past 24 hours, in continuation of the downward trend in daily infection rates for the 46th day.
India, the third largest importer of crude oil in the world with a daily average of 4.6 million barrels; Amid increasing optimism that supplies to the country will return to normal levels.