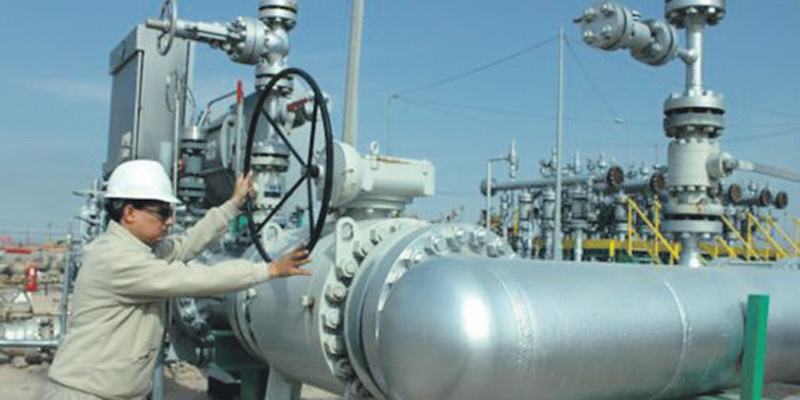 Members of the Organization of Petroleum Exporting Countries (OPEC) are meeting on Monday on the first day of a ministerial summit to try to agree on their quotas for cutting black gold production, in a market still depressed by the coronavirus pandemic.


The meeting is scheduled to start at 1:00 p.m. GMT (2:00 p.m. in Paris) and will take place via videoconference, like the ministers’ previous monthly points this year.

The thirteen members of the cartel will be joined the next day by their ten allies from OPEC +, foremost among them Russia.

The common goal of the alliance of producing countries is to keep afloat a crude market devastated by the Covid-19 pandemic and which is slowly recovering from the abysses into which prices plunged at the end of April.

To do this, the group is making drastic cuts in its production of black gold in order to adapt it to a level of demand that has melted, a painful effort for its revenues even if these reductions have contributed to restarting price on the rise.

According to the current deal decided in April, the current market withdrawal of 7.7 million barrels per day is to be reduced to 5.8 million from January 2021, but most observers expect a postponement of three, or even six months, the second wave of Covid-19 not having been anticipated at the time.

The influential ministers of the cartel have also sent signals in this direction in recent weeks.

But the recent rise in prices, driven by announcements from pharmaceutical companies such as AstraZeneca, Pfizer / BioNTech or Moderna about an upcoming vaccine against Covid-19, brings back a dose of uncertainty which is reminiscent of the previous ones tops.

The first summit of 2020, which took place at the organization’s headquarters in Austria, had even turned into a fiasco. At the beginning of March, Russia and Saudi Arabia had left Vienna back to back and engaged within a month in a fratricidal price war.

The impact of massive vaccination campaigns, a real lifeline to restart economic activity, travel and therefore the consumption of black gold, should not be felt for months, however, while the cartel’s action aims at least the first, at most the second quarter of 2021.

The prices of the two benchmarks for crude, North Sea Brent and US WTI, were on Monday morning down, a sign of investor anxiety before the meeting, according to several analysts. However, they had garnered around 25% since the start of the month.