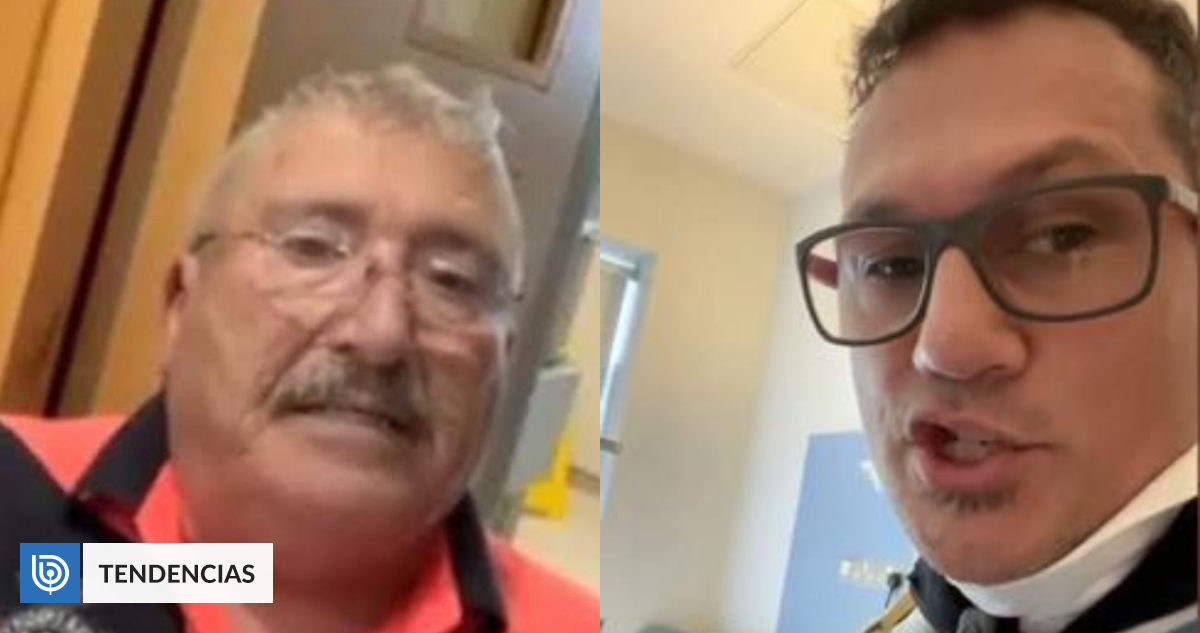 A 67-year-old Irish man infected with covid-19 He died after being persuaded by an anti-vaccine man to leave the hospital where he was being treated.

The case was made known through a video that went viral on social networks, where the elderly named Joe, who had notorious breathing problems, listens to the anti-vaccine who tries to convince him that the hospital staff was trying to kill him.

Put on your pants. We are going home”, says the guy named Antonio Mureddu. “You are safe. Take your things. Nobody is going to touch you ”, he adds.

The incident occurred at Letterkenny General Hospital in County Donegal, where Joe had been admitted a week earlier for covid-19 and where he had also refused to be put on mechanical ventilation.

The pleas of a doctor

In fact, in the clip the doctor in charge of the case is heard, begging Joe to stay and continue his treatment. “What you are doing is wrong. You are endangering your life by doing that. “, explained it.

“You have the right to decide… but I don’t think what he’s saying is correct. You can barely breathe… we want you to stay to help ”, adds the professional.

Mureddu, meanwhile, warns him that: “If you want to stay here, they will kill you, Joe. These people are not going to help you “.

However, the doctor insists. “I am very worried about you, I want you to stay… it is very dangerous. What you are saying is wrong and very dangerous. I think he’s putting your life in danger. It is a very difficult decision that you have … Nor am I lying to you, you could die ”, Add.

The subject, for his part, repeats that the doctors are lying to him. “Their oxygen is 98 percent, these people are lying, so we’re going home now my friend.”

“Think of your wife,” pleads the doctor in one last attempt. “Yes, she consents,” replies the anti-vaccine, while moving Joe. “It is better if he dies at home than here”, Hill.

COVID-denier in Ireland convinces a sick patient to leave the hospital. This is vile. pic.twitter.com/IyTmp11q01

Joe finally died last Friday at his home, leaving hospital officials shocked by what happened, although it is not the first case, he said. The Irish Times.

The events are currently being investigated by the Irish police force.

“It is a criminal offense to intentionally or recklessly cause serious harm to another person. The idiots who took a seriously ill Covid patient out of Letterkenny Hospital earlier this week endangering his life will be arrested by the police and criminal proceedings will be initiated, ”former Justice Minister Alan Shatter said on Twitter.