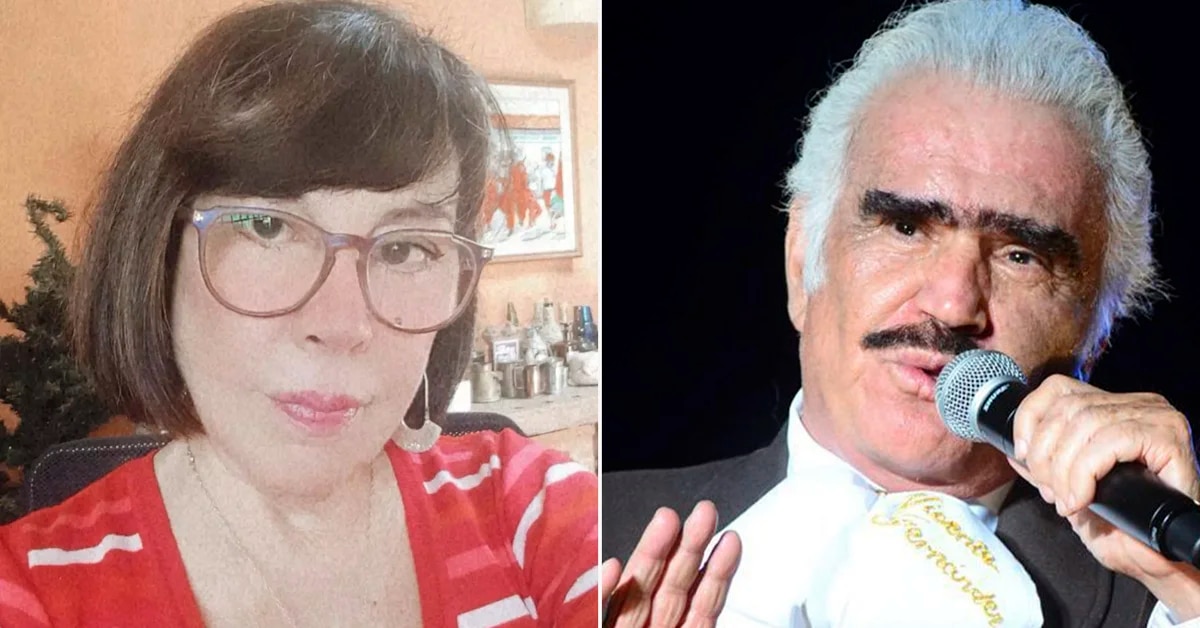 Olga was able to interview Vicente Fernández during the preparation of his book Photos: Instagram/@ovornat

When the bioseries was announced The last king: the son of the people, the alarms of the Fernández family went offbecause in turn, they had been preparing the production of a series, but carried out by Snail TV and Netflixwhich will beThe official version of the singer’s lifein which even he managed to collaborate to nourish the script.

Over the days it was confirmed that it would be Televisa the producer of the project headed by Juan Osorio, whose protagonist is Pablo Montero. But what ended up bothering the Fernández Abarcas is that the plot of the series is based on the controversial homonymous book by the journalist Olga Wornat.

And it is that in the published material, somewhat lurid aspects in the life of the charro and his family come to light. These passages, according to the author, are true and can be supported by the many interviews he collected for the making of the book.

Despite the intention of Cuquita and the family for stopping the series, this was aired in primetime: There were ten episodes that focused on recounting the traumatic episode when Vicente Fernández Jr. was kidnapped in 1998.

Now, after the broadcast of the first season of the series, Olga Wornat says she is calm and without the fear of the demands that her work could generate. The journalist again mentioned Gerardo Fernandez Jr.., whom he points out as the main person interested in stopping the series of Televisa.

“I defend freedom of expression and the freedom of journalists to work calm, without being disturbed, in addition to the right of audiences and readers to decide what to read and what to see…I hope many series appear, many books, and that no one feels threatened nor afraid that they can sue him, now for a brand, ”the journalist told TVyNovelas.

Olga Wornat says she has support for what she mentioned in the controversial book (Photo: Agustín Rebora/Editorial Planeta)

Wornat had already declared that he received threats from people sent by Vicente Fernández’s youngest son, now he also invited him not to “hide” behind his mother, because according to the journalist, Cuquita acted on the advice of Gerardo Fernández to try to break down the transmission from The last king: the son of the people.

“He mistreated me on the phone, but he is a very unpleasant guy and with that he confirmed everything I had been told about him, his bad manners, his arrogance. His father was not like that, his father was kind. And it is not that he tells you something, but someone comes and he tells you ‘Be careful because Gerardo is very dangerous’. They tell you not once, they keep repeating it to you and not only the family, people from all over Guadalajara. I only say that you show your face, that you do not hide behind the figure of her mother, ”said the Argentine.

The author made a comparison between the characters of Gerardo Fernández and his deceased father, and found that they are very different, she also reiterated that she knows that the youngest son of the Fernández would have links with organized crime.

“Vicente was not like that, he put on his face, and if he had to apologize, he asked for it. He got along with everyone, he might not like a Juan Gabriel, but he did not go around with threats ”

Olga wants Gerardo to appear publicly or confront her, although she admitted a grim possibility: “If something happens to me, he is to blame, simple as that. I know about his shady relationships (with organized crime) of course, all of Guadalajara knows it: his dealings with powerful people. Besides, when Vicente died, many people got tired of those things and talk; it’s more, there is sensitive information that is not in the book, but if I have to use it, I willso do not play with me “, sentenced the journalist.

Olga Wornat accused Gerardo Fernández of sending her “subliminal” threats
Pablo Montero defended his unauthorized leading bioseries: “I know I have the blessing of Don Vicente”
The last king: Juan Osorio cried after seeing the premiere of the Vicente Fernández series
Which Televisa producer attacked Vicente Fernández by assuring that he almost ended ranchera music