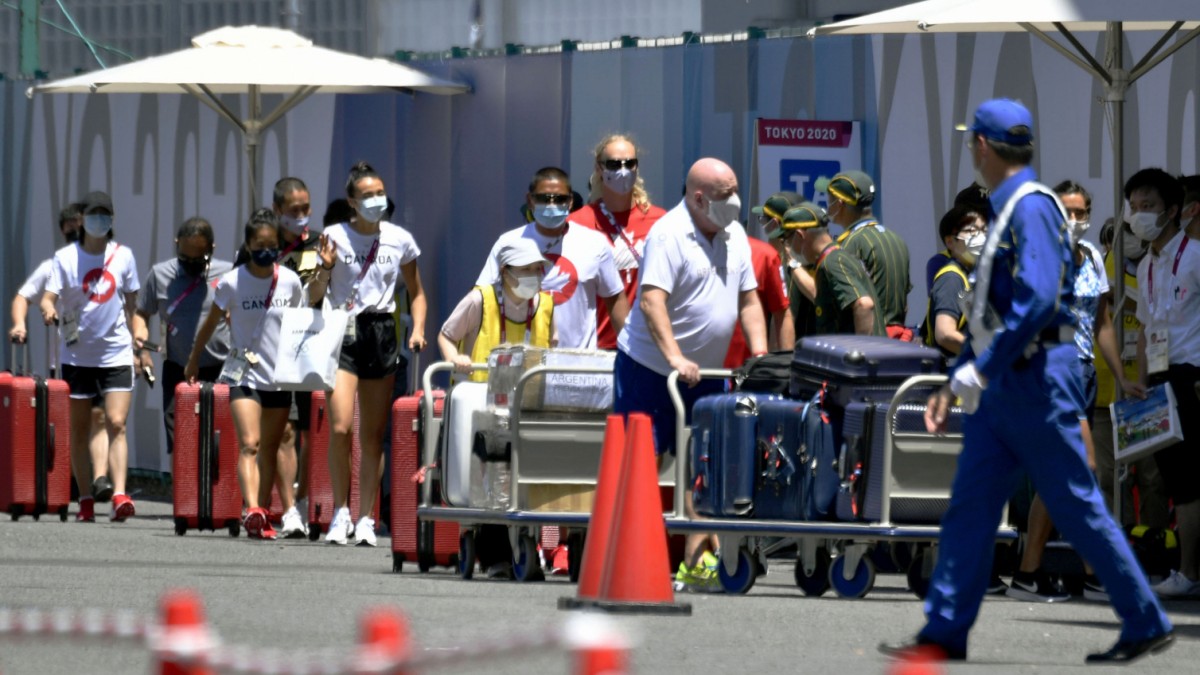 Fear is always there. With the British athletes, for example, who had hopefully left for Japan. At the training camp in Yokahama, she suddenly received a message that everyone is currently afraid of: A passenger on the same plane had tested positive for Corona after arrival, six British athletes were identified as contact persons and sent to quarantine. Olympic flying is like a lottery: some scratch the virus that is traveling with them, others don’t. Fate decides.

For some athletes, fear spreads

“A bit of panic” broke out among them, reported 800-meter runner Daniel Rowden, the group of British athletes included many more Olympic starters. And then the fear spread among them that they were close contacts themselves. “Being locked in a room and unable to exercise takes away confidence and preparation,” Rowden said.

The six affected were only able to complete individual training in preparation for the most important competition of the last five years. “There is always the fear that you will accidentally receive a message,” said sprinter Richard Kilty. Olympia, that can be over in these times before the flame has even reached the stadium.

In the case of the British, the situation does not seem to have worsened so far: none of the people classified as contact persons has so far shown symptoms, all have been tested negative. You continue to train alone at a distance from everyone else, but with further negative tests you could push back to the team in the coming days.

While their competitions don’t start until the end of July, the situation for South Africa’s soccer team has recently been more precarious: the ball will be rolling in Tokyo Stadium on Thursday, Japan versus South Africa – and everyone is hoping that nothing else will. The two South Africans Thabiso Monyane and Kamohelo Mahlatsi were the first two athletes to be identified with positive corona tests in the Olympic village, as was a supervisor.

All visitors to Japan must present two negative tests that are no more than 96 hours old before departure, and a third sample is handed in at Tokyo Airport. “All members of the soccer team followed these protocols,” said team doctor Phatho Zondi. The infections were finally discovered during the routine checks within the first three days, according to a press release.

“The timing of positive results suggests that the PCR test was performed on these individuals during the incubation period of the infection, so they were negative in South Africa and then positive in Japan.” You have no choice but to stay in your room while your colleagues start the tournament. After all, the team members first had to be quarantined, 21 players, after all, after health checks, they were not classified as an increased risk factor.

Due to the rapidly spreading mutant, South Africa is struggling with extremely high corona numbers, most recently over 11,000 cases a day. The rugby team had to be completely quarantined after arriving at the training camp in Kagoshima after a person on the plane tested positive.

Coach Neil Powell was the only one who was verifiably infected and now wants to be there as a virtual coach from his isolated accommodation. “We are all still in a good mood and understand that we cannot change the things that we cannot control,” said Powell and did not want to look further into the cards, the corona measures were only for “a small distraction “taken care of.

It is already clear that the number of cases is increasing every day – and the closer the opening ceremony, the more acute the situation will also be in the Olympic village. Anyone who arrives and competes early on is – with all the test procedures – immediately among the other athletes. When the beach volleyball players start their competitions at the weekend, it is still open whether Barbora Hermannova and Marketa Slukova can also compete.

Her trainer Simon Nausch tested positive on Wednesday after the player Ondrej Perusic had already been noticed with an infection. And then what Nausch said with resignation, “We tried to be extremely careful after the first case. Unfortunately, that didn’t work.”