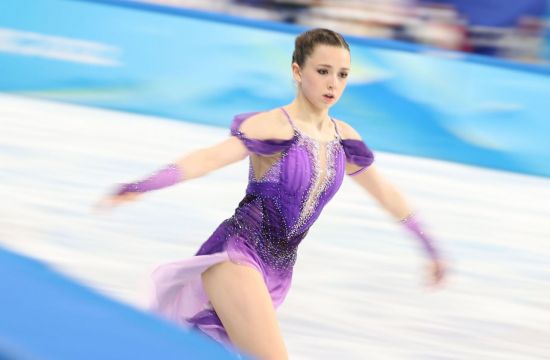 [아시아경제 이창환 기자] Russian media reported on the 25th (local time) that the female figure skater Camilla Balieva, the protagonist of the drug scandal at the Beijing Winter Olympics, has been awarded a medal by the Russian government.

The Russian figure skating team, which participated in the Beijing Olympics under the name of the Russian Olympic Committee (ROC), took first place in the team event with Baliyeva in the lead.

However, a prohibited drug was detected in a doping sample from Balieva taken in December last year, which caused a problem.

Balieva also competed in individual competitions according to the ruling of the Court of Arbitration for Sports, but the International Olympic Committee (IOC) has decided not to officially recognize Olympic records and results until a conclusion is reached over the doping controversy.

If the doping investigation reveals that the rules were violated, the figure skating team and women’s singles figure skating rankings in which Baliyeva played may be changed, but the Russian government did not care about this and awarded the government medal.

The Order of Friendship is the highest among the medals awarded by the Russian government to medalists who won the Beijing Olympics.