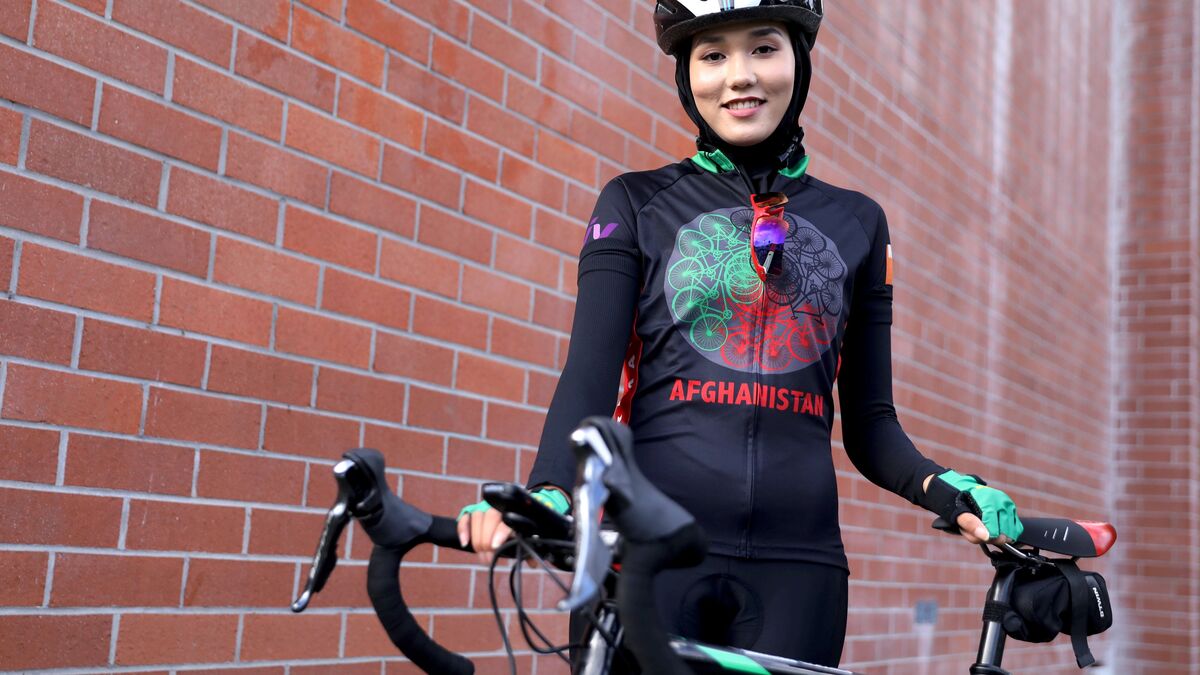 She dreamed of it, it is now a reality. This Tuesday, Masomah Ali Zada ​​was selected by the International Olympic Committee (IOC) to participate in the Tokyo Olympics (July 23 to August 8). The Afghan refugee will compete under the banner of the Olympic refugee team, which appeared at the previous Rio Games in 2016. Against the ten athletes selected five years ago, the IOC has decided to expand it to 29, out of an initial preselection of 55 names.

The 25-year-old young woman, a student at the University of Villeneuve-d’Ascq (North) in civil engineering, will therefore be at the Olympic meeting. An outcome for Masomah who had to flee his country to be able to ride a bicycle, a practice prohibited for women in Afghanistan since the arrival of the Taliban.

The @RefugeesOlympic cyclist from Afghanistan has been selected for @Tokyo2020. Sport sometimes has the incredible power of transcending cultural barriers and this is one of those examples.

“We’ve been on this project for three years,” explains Thierry Communal, his trainer. Masomah has been in training with the UCI since May 28. We saw this internship request as a good sign for selection for the Games. This is today done. I couldn’t get her on the phone because she has been there for six days. We just messaged each other. I don’t know if she shed a little tear. But knowing her, I think she has already moved on. That is to say at the Olympic Games. Now that she will be there, her greatest obsession is not to disappoint. “

Exams in June, the Olympics in July

Threatened with a forced marriage to prevent her from cycling, Masomah Ali Zada ​​arrived in France in 2016. Since then, she has always wanted to participate in the Olympic Games. “It was his project,” says Patrick Communal, Thierry’s father, who worked for many months for Masomah to come to France. For me, the most important thing was to put her to safety in France. We also wanted her to be able to follow her studies. “

For Masomah, the Olympics are a formidable media scene to advance the fate of his compatriots in Afghanistan. “Masomah’s story is quite incredible, it is often solicited by the media around the world. The American channel NBC will come to do a report on it at the end of June. She responds willingly to be able to get her message across. My role is also to protect her, because she also has her studies to ensure. Moreover, she will take exams at the end of June. It does a lot for her and I don’t want her to fall for it. “

In Tokyo, Masomah Ali Zada ​​will participate in the 22 km time trial which will take place on July 28, five days after the opening ceremony. “The course is quite hilly, but we think it’s better for her than the road race, which would have made her miss the opening ceremony,” explains Thierry Communal. She wants to look good in Tokyo. On a time trial, she will ride on her own and will not have the fear of being dropped by others. “

Meet Masomah Ali Zada from Afghanistan, the @RefugeesOlympic cyclist who has today seen her dream become a reality. Masomah has been selected to the @Tokyo2020 Olympic Games!

In any case, Masomah Ali Zada ​​goes down in the history of French sport, because it is the very first time that a refugee athlete based in France appears in the Olympic selection. “We thank Marc Chevrier (Editor’s note: the director of international relations at the French National Olympic and Sports Committee (CNOSF)), ends Thierry Communal. He and the CNOSF have helped us a lot so that Masomah is recognized by the IOC, but also the Union Cycliste International. The selection of Masomah is a collective victory of many people who invested themselves and who believed in Masomah. “