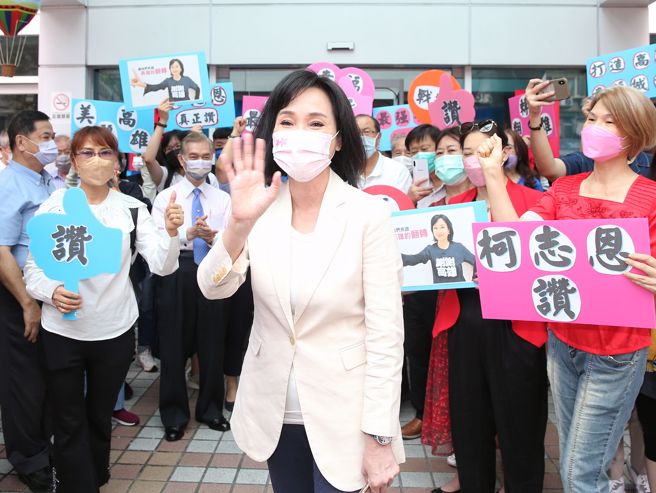 After the Kuomintang recruited former legislator Ke Zhien to run for mayor of Kaohsiung, a self-proclaimed professor in the United States, “On Dari”, claimed on Facebook yesterday (1st) that Ke was involved in “academic indecent”. Ke Zhien issued a 7 o’clock statement last night, emphasizing that “academic ethics cannot be challenged, and personal dignity cannot be smeared.” In order to defend personal reputation and the rights and interests of the people, after discussing with lawyers, he did not rule out filing a lawsuit according to law, and seeking compensation of 10 million yuan, the amount will be donated to charities.

Ke Zhien said that the Green Camp flank only happened on June 30. After using the government’s public information to deliberately misinterpret and smear her; on July 1, he used the pseudonym of “Professor Ondari” to smear and attack her with the vulgar words “academic indecent” as “academic indecent”. She who is “professional” such as “Second Life” is tolerable, but unbearable.

Ke Zhien’s statement pointed out that, first, abstracts are not equal to papers: the two papers that Ondari referred to are mainly for the question of “abstracts”; second, advanced works need to accumulate papers in the field of expertise, rather than emerge out of nowhere. , so it is reasonable to publish papers on similar topics, and there is nothing wrong with it; third, primary school teacher training is certainly not university teacher training: the two articles alluded to by Ondari, one with 16 pages and the other with 31 pages, The length of publication alone makes such a huge difference. Furthermore, different research time, different research objects (Long’an Elementary School, Tamkang University), and different conclusions, of course, are completely different papers; fourth, Ke Zhien’s doctoral dissertation can be easily found on the Internet.

Fifth, Ke Zhien’s academic promotion is in accordance with the most stringent regulations of the Ministry of Education; sixth, Ke Zhien’s performance in academics, teaching, and social contributions is obvious to all; Whether or not to upload to the Internet in the future is to respect the “published journal unit”.

Ke Zhien revealed that he does not like to initiate lawsuits, and he is even more unwilling to increase the burden on the judicial organs, but if the Green Camp flanks continue to attack and smear for no reason, in order to defend personal reputation and the rights and interests of the people, after discussing with lawyers, he will not rule out filing a lawsuit according to law, and will attach additional charges. Ask for 10 million yuan, all of which will be donated to public welfare organizations.

“I took it out of my chest after 36 years”… Wrinkled, sticky, ruptured implants

Robin Lopez and Raul Neto arrive at the Cavs