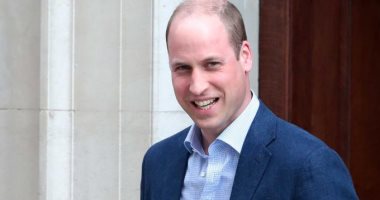 The American “CNN” network said that the British Crown Prince, Prince William, the eldest son of King Charles III, has become the richest in the family, and the network confirmed that the future king will inherit the property of the Duchy of Cornwall’s private property from his father, which contains a sprawling area of ​​land. The property, covering nearly 140,000 acres, is mostly in the southwest of England.

She explained that the duchy, which was built in 1337 by King Edward III, is worth about one billion pounds (1.2 billion dollars), according to the calculations of the last financial year.

According to the American “Al-Hurra” website, the proceeds from this property are used to “finance the public, private and charitable activities” of the Duke of Cornwall, a title that Prince William now holds, succeeding his father, who became king of Britain.

Last year, Forbes estimated the late Queen Elizabeth’s personal fortune at $500 million, consisting of her jewelry, art collections, investments, two homes, Balmoral Castle in Scotland and Sandringham House in Norfolk, both of which the Queen inherited from her father, King George VI.

But the bulk of the royal family’s fortune, totaling at least 18 billion pounds ($21 billion) in land, property and investments, now passes along a centuries-old path to the new monarch, King Charles, and his heir Prince William.

The largest slice of the family’s 16.5 billion pounds ($19 billion) fortune is now owned by Charles as the reigning monarch. But under an arrangement dating back to 1760, the king hands over all the profits of the estate to the government, in exchange for a tranche called the Sovereign’s Grant.

The King’s holdings include swathes of real estate in central London and the seabed around England, Wales and Northern Ireland. It has the status of a corporation and is run by a chief executive and commissioners, appointed by the king on the recommendation of the prime minister.

In the last financial year, the estate generated a net profit of about 313 million pounds ($361 million), and the British Treasury paid the Queen a sovereign grant of 86 million pounds ($100 million).

Most of this money is spent on maintaining the royal family’s property and paying the salaries of its employees. But despite the enormous sums, the king and his heir are restricted in the amount of personal use of their wealth.

The king can spend the sovereign grant only on royal duties, and neither he nor his heir is allowed to profit from the sale of assets in their duchies.