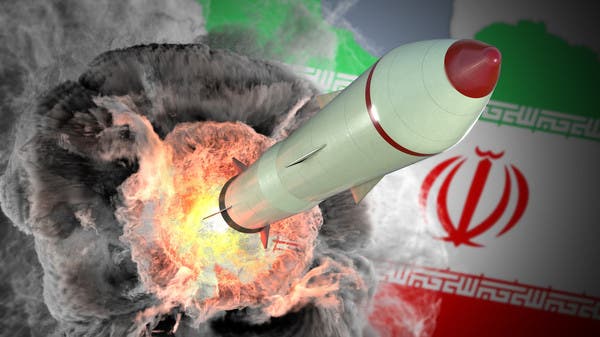 A report in the American “Foreign Policy” magazine predicted that Iran is a month away from Access to a nuclear weapon, amid the confusion of the administration of President Joe Biden, and the erosion of its influence after its withdrawal from Afghanistan. She warned that the inaction of the Biden administration could push the whole of the Middle East into a new nuclear arms race.

The report cited the appearance of the new Iranian Foreign Minister, Hossein Amir Abdollahian, for the first time on the international stage last week and his statements at the United Nations, which drew the attention of observers due to his excessive confidence.

Both US and international sources point to his government’s emerging belief that it is intent on Making Iran a “nuclear state” under the cover of continuing talks with the West.

Senior US officials fear that Iran is already moving to “Plan B,” which is to postpone negotiations, as it prepares for a rapid breakthrough to a nuclear weapon, according to a Foreign Policy report.

It is clear that the Iranians are not afraid of us anymore.. That in and of itself means that we do not really have the level of deterrence that we need, whether on the nuclear issue or in the region.

This dire result comes after US President Joe Biden hastily withdrew from Afghanistan and the Taliban subsequently seized power, signaling both US adversaries and allies that Biden is keen to withdraw from the region to focus on the Chinese threat. Some call it the “Afghanistan effect,” and it has badly damaged US credibility in the Middle East.

“It’s clear that the Iranians aren’t afraid of us anymore,” said Dennis Ross, a US diplomat who specializes in the Middle East.

According to the report, Iran is now closer to a nuclear bomb than it has ever been, according to estimates by the International Atomic Energy Agency and other experts.

By sending mixed and unclear signals about what its nuclear red lines are, the Biden administration may be laying the groundwork for a nuclear arms race in the Middle East, which is exactly what the JCPOA was intended to prevent, according to the US report.

Whether or not Tehran gets to the point where it openly builds a nuclear weapon, the biggest concern is that it, somewhat like Japan, will have the know-how and enriched uranium to build a nuclear weapon very quickly. Even this outcome, known as the threshold condition, would dramatically change the balance of power in the region.

“After Afghanistan, it’s not really reasonable to imagine Biden using military force against the Iranian nuclear program, but maybe the Israelis do,” said Roel Mark Gerecht, a former CIA officer and expert on Iran.

In his address to the United Nations General Assembly on Monday, new Israeli Prime Minister Naftali Bennett declared that “Iran’s nuclear program has reached a watershed moment” and warned that “words do not stop the centrifuges from spinning.”

When asked if Washington has a Plan B if the Vienna talks fail, a senior US official said that the “Plan B” we are concerned about is the one that Iran might consider as it wants to continue its nuclear program.

“The Iranians are confident that time is on their side, American influence has reached its peak and when talks resume they will come to them believing that the West will have no alternative to accepting their demands for sanctions relief,” says Ali Vaez of the International Crisis Group.