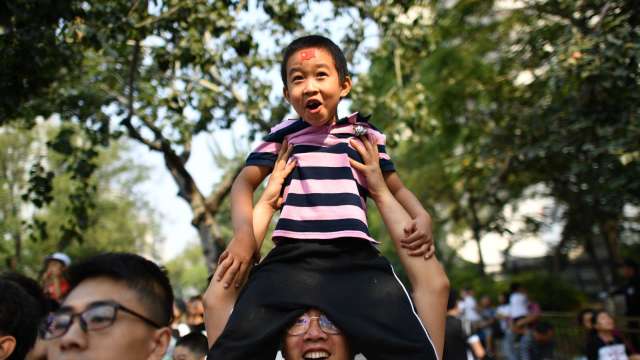 On Tuesday (3rd) Chinese state media reported that minors in China are seriously addicted to online games, and that online games have an inestimable impact on the physical and mental development of minors. The State Council of China announced the National Fitness Plan (2021-2025) to promote the development of national fitness and meet the people’s fitness and health needs.

The plan pointed out that by 2025, the public service system in the field of fitness should be more complete to make sports more convenient, increase the number of participants in various sports, and drive the total scale of the sports industry to reachRenminbi 5 trillion yuan.

In addition, China’s official media People’s Daily Overseas Edition reported that the Chinese government has newly launched a revised version of the Law on the Protection of Minors, and a new chapter on internet protection is designed to protect minors’ internet usage from a legislative perspective.

The introduction of new regulations is due to the emergence of new problems, and the special chapter on network protection is a firewall for protecting minor netizens in the new media era. However, the People’s Daily emphasized that the work of protecting minors on the Internet is still a very arduous and systematic project, which also requires the efforts of the state, society, schools, and families.

On Tuesday (3rd), China’s official media Economic Reference News reported that the harm of online games to society is resonating more and more. People often use “mental opium” and “electronic drugs” as synonymous with online games. Minors’ excessive addiction to online games has had a double negative impact on the body and mind.

Under the heavy criticism of the report, all game concept stocks in mainland China and Hong Kong plummeted. The share price of benchmark stock Tencent (700-HK) once plunged more than 10%, and NetEase (9999-HK) also killed more than 15%. , The market is worried that the next wave of regulation is the game industry.

Even though the report has been removed, Tencent immediately announced that it would cooperate with government guidelines to formulate a minor protection plan for its most popular game “Honor of Kings”, which will significantly reduce minors’ time to indulge in online games. However, U.S. game stocks in the United States still showed a sharp decline, Tencent ADR (TCEHY-US) Tumbled 7.32%, Bilibili (BILI-US) Plummeted 7.06%, NetEase (NTES-US) Collapsed 11.41%.