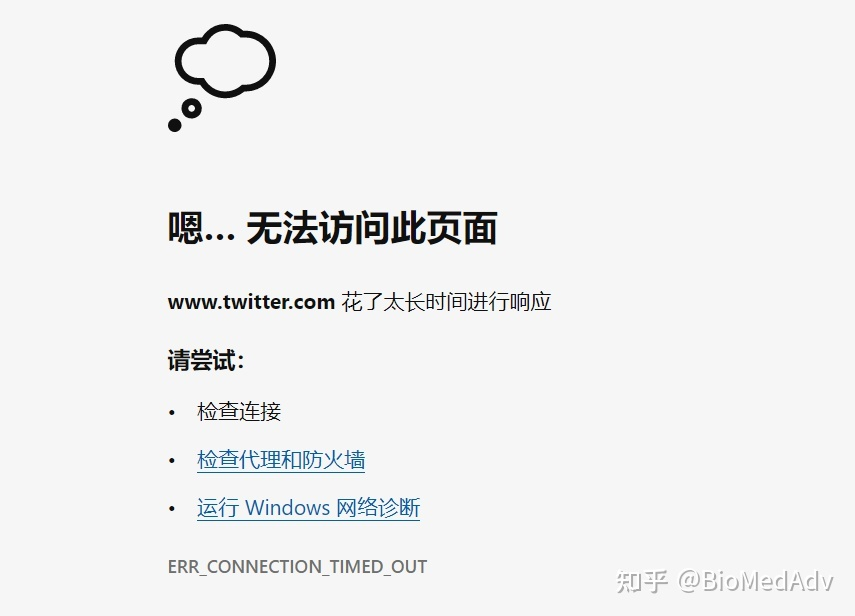 On May 26, US Secretary of State Blinken delivered a speech at George Washington University, “This Administration’s Approach to the People’s Republic of China”. This is the latest issue of the US’s China policy speech. Blinken said that the US will continue to While enhancing its own strength and strengthening cooperation with allies, it will compete with China in all aspects. On May 27, Hua Chunying tweeted 11 messages in response to Blinken’s speech. A related report on the World Wide Web said, “Under Hua Chunying’s series of tweets, many netizens left messages and interacted. As of press time, the series of tweets The number of comments, likes and retweets has exceeded 1,000.” Since Blinken’s speech was blocked on WeChat and Weibo, and Hua Chunying chose to post a response message on Twitter, a large number of netizens inside the wall could not see the two sides at all. What is speech. In this context, some Zhihu netizens asked, “Hua Chunying sent 11 groups of Twitter articles point-to-point to refute Blinken’s China policy speech. What information is worth paying attention to?”

Related Reading:【404 Library】U.S. Embassy in China｜Remarks by Secretary Blinken: This Administration’s Approach to the People’s Republic of China

The following is a reply from the Chinese digital age editor from Zhihu netizens:

Anonymous: Isn’t that nice? Neither could see what the old thief Blinken said, nor what Sister Hua said. Guoan Mintai, isn’t it beautiful?

Texas Braised Duck: So, what exactly did Blinken say about the reactionary poisonous weed? Can we take a look at it so we can refute it? PS The official account of the US Embassy posted the full text of the Chinese version, and it was deleted by WeChat 20 minutes later. This must be a conspiracy of Ma Huateng.

XiaoXiaoXiaoJiang: All the answers to this question only show one thing: if there is no money, no one will work. In just half a year, the trend of public opinion has changed drastically, from the positive to the yin and yang, which is really outrageous!

haozhanbin: What is a tweet? The Ministry of Foreign Affairs is using it, it must be a good thing. Which app is it? I use it too~

Gfl Remaining Word Count: I haven’t tweeted, I can’t see it, and I can’t see Blinken’s full text video, so I don’t have an opinion.

Korean Teriyaki Rice: Others even have a Chinese version, so you don’t need to translate it.

A salted fish has a wide wave: let me go, let me go, I also want to scold Blinken.

Qiu Feng: I don’t understand this self-assured diplomatic speech model. If you are outreaching, open the twitter comments and see how much support and opposition are on the Internet. This is the way to measure the results of your outreach. If you are an internal propagandist, the common people can’t read twitter. Can you explain this to us? And you’re quoting content from a site that we’re banned from, again and again, guess what?

Little Huckron: Who told you that she tweeted for foreigners? Obviously waiting for someone to move it back to the intranet and complete the kpi, okay?

North-South Group: You said it was so lively, but I still don’t know what the speech was about. // HanzoKiritoIP: It’s too scary, and it can be called a 21st-century discussion about Cao Xiu.

Li Aowen: An interesting feature of mainland China – we can see our refutation of “Western forces slandering China” for the first time. These refutations are well-founded, powerful, very good, and very spirited! But what is a little regrettable is that the Chinese people basically cannot see how the West slanders us. Reading this “can’t see the lie itself” is like watching “a man and the air wrestle violently” – yes yes yes, of course we can see that these fights are justified and punched to the flesh, but That “sense of absurdity that comes from the heart” lingers~ I feel a lack of pride in reading these refutations, and it is difficult to participate in the refutation of these lies. I have to say that this is a pity— – Make it seem that we ordinary citizens are not the masters of this country, is this possible?

Lao Zhao: If she doesn’t jump over the wall physically, the relevant authorities should punish her for logging in and using Twitter, because this is not allowed in China.

Li Si, a law-abiding citizen: Very good, I’ll go and read these eleven groups of tweets… Hey, I can’t log in because of the network failure. This must be Dengzi’s conspiracy, preventing me from reading patriotic articles. Then let’s go and see Blinken’s research and criticize it… Why can’t I get on it? Understood, the paper tiger of the US Emperor has already felt guilty, and has begun to try to erase the traces of his erroneous remarks. Friends, the form is not a small one, but a great one.

patchwerk: I am also one in 1.4 billion, how can I be on twitter.

Ah Tudou: Alyosha: US imperialism slandered that we are not a society governed by the rule of law and that we do not have freedom of speech. Our diplomatic corps has fought back vigorously. Ivan: So beautiful! I want to see how the imperialists viciously slander our great mother Russia to understand their evil intentions. Alyosha: According to the relevant regulations, you can no longer see these words in the great mother Russia.

MasterChief: These 11 sets of tweets are not for you, because you are not qualified to read them, and you are not even qualified to know that Blinken delivered a speech. The ones that you are allowed to watch have already been posted on various media, Weibo, WeChat, and the Qiangguo app for you to read. Just look at them honestly and agree with them. Don’t ask questions about things you shouldn’t know, so as not to disagree. Be careful to know too much.

Negan: In any case, the United States is definitely going to shoot itself in the foot again, although I can’t see what people say or what kind of stones are used. As long as you stick to your firm imagination, you can definitely smash America’s feet!

Zign: Push? arts? You mean our Ministry of Foreign Affairs went to a non-existent website and made a comment, then what? How do you expect people to react? Think it’s done beautifully? Or go to some sponsorship?

A big salted fish: It took half an hour to read the whole text. The most interesting thing is that Blinken praised the American government and the American people, praised the Vietnamese people, and said some bad things about the Hanoi government, which is the first time to distinguish the two. At this point in time, this knife can be said to be stabbed in the buttocks, and it can’t be blocked.

Fat man sleeping on the street: I tell you, this is naked fishing! Those who come up to talk about it and try to analyze the position of the two sides in the dialogue must be using VPN illegally. Who gave you the courage to judge the country in a place outside the law?

Mr. Zaoyue: It’s a pity that most Chinese netizens can’t like the original text and support Sister Hua.

Attached is a long reply from a Zhihu user (now deleted):

Seek truth from facts: A brief summary of US Secretary of State Blinken’s “Speech on Relations with China”

Regarding Blinken’s speech on relations with China, I will briefly summarize, there are eight main points

1: At the beginning, it was mentioned that the Sino-Russian joint military exercise made the world situation very tense. Then comes the point: we can’t change China’s compliance with the rules, but we can shape the outer international environment. This sentence is very euphemistic and high-level, which means that China is a country that does not abide by international rules. The United States has no way to ask China to abide by the rules, so the United States can only rebuild the trading system with its allies, and not play with you.

3: Blinken said that more than 80% of Chinese students studying for a doctorate in science and technology in the United States stayed.

4: He said that we need to look at the Sino-US issue in a more realistic way. Many of our partners now have a very deep understanding of China, and we heard our partners are extremely dissatisfied with China because China is not His trading partners are allowed to say no, and he is not allowed to be criticized for his actions, and it is China who does not abide by the rules of the world.

5: Blinken mentioned that the process of democracy is slow, the American system is not perfect, there are many problems, but we abide by the constitution.

The subtext is that China is a country without the rule of law.

6: China has used the supply chain to coerce many countries. Now US allies around the world are unwilling to accept the coercion of China’s government, so we should build a more diverse supply chain.

The meaning is obviously to de-sinicize, to end China’s status as the world’s factory. The US wants to establish new trade rules and systems that explicitly exclude China.

It is also mentioned that China uses the power of the state to recklessly steal various technologies and data from the United States through various channels.

There is only one thing to talk about about Sino-US cooperation, and that is cooperation on climate change. There is nothing else.

In fact, this speech has only one central idea, that is, I will stop playing with you, I will break the link with you, and I will not take the initiative to confront you head-on. In the future, you will go your way, and I will go my way.

The current US administration headed by Biden and Blinken has fully demonstrated to the outside world what an excellent and outstanding politician is. They have a long-term vision, unite allies, and take every step. They speak neither humble nor arrogant, well-founded, and gentle. They will never verbally shout at the enemy, or even hear a dirty word, but it is this kind of soft knife that often stabs the enemy at the very heart. They also never play wickedness, and they play scheming with you. The enemy knows any tricks of the United States, but there is nothing they can do.

Compared with Biden, Trump is obviously not a qualified president. Trump is running the country with a businessman’s thinking. The disadvantage is that he is eager for quick success and short-sighted. It may bring benefits to the United States in the short term, but it will bring disaster in the long run. Trump’s short term of four years has offended many traditional American allies, which is the favorite of underworld forces, because the free world led by the United States is gradually being disintegrated by the enemy, and each is broken. But after the Biden administration came to power, it turned the tide, and America’s allies not only returned to the United States, but also became more monolithic.

10 pergolas to protect yourself from the sun