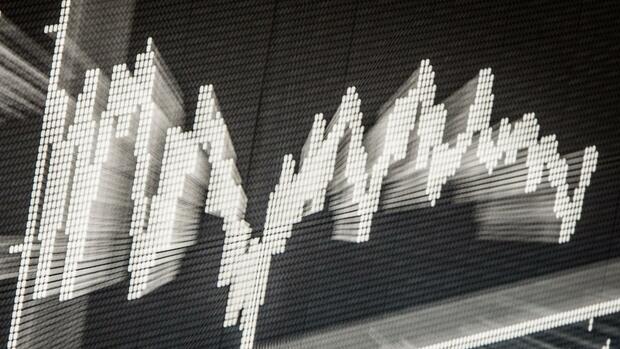 Frankfurt There is no sign of a summer slump on the stock market. Economic data, quarterly figures, the development of the corona pandemic and the negotiation of a new US economic stimulus program keep investors in suspense – and ensure good fluctuations on the stock market.

The bottom line is moving the Dax and most other European exchanges since the beginning of June, however, sideways in a range between around 12,200 and 13,170 points. Last week, the German benchmark index gained three percent on balance, after losing four percent the previous week.

The US stock exchanges rose slightly on Friday. The US leading index gained 0.2 percent to 27,433 points. The reason for the only slight increase was the monthly labor market report, which was only positive at first glance. In the United States, 1.8 million new jobs were created outside of agriculture in July, more than economists had previously expected. However, job creation is slowing down. In May and June the increase averaged 3.8 million.

“It will be a long and rocky road until the US labor market has recovered to some extent from the corona shock,” says Bastian Hepperle, economist at Bankhaus Lampe. Since the beginning of May, around 40 percent of the jobs lost in March and April have been rebuilt.

The US stock exchanges, unlike the European stock exchanges and the Dax, have continued to gain since mid-June. The upswing will continue to be carried primarily by the large technology stocks. After all, the quarterly figures presented by the companies so far were also better than expected on a broad front, and not only in the USA but also in the Dax. Corporate profits collapsed across the board. But the worst fears did not materialize.

In addition, analysts are slightly raising the estimates for the third quarter for many companies. “The estimates were lowered for months, now this trend has broken,” says Michael Bissinger, equity strategist at DZ Bank. This is a positive signal.

The economic data, on the other hand, were shocking. The gross domestic product in Germany collapsed by 10.1 percent in the second quarter compared to the previous quarter and thus more than after the financial crisis. In the US, it fell by 9.5 product on a comparable basis. That slowed the stock exchanges – as did the increasing number of cases of those infected with Covid-19.

Economic expectations are improving, however, and that could give stock markets a tailwind in the new week. Most economists expect that the economic index compiled by the Mannheim ZEW has risen slightly again. For the assessment, which will be published on Tuesday, the ZEW surveyed around 200 analysts and investors every month.

The Consumer Confidence Index of the University of Michigan is expected to remain at least at a high level in the USA on Friday. Even more crucial, however, will be whether the Democrats and Republicans in the US can agree on a further aid package to replace the expiring support for the unemployed and small businesses. The parties have been wrestling for a week.

Jochen Stanzl from the brokerage house CMS Markets sees the stock exchanges in a kind of waiting position until agreement is reached in the congress. “For new highs, the market is dependent on new cash injections,” says Stanzl of the Reuters news agency. Mark Dowding, chief investment strategist at Blue Bay Asset Management, is convinced that such an agreement will be reached, even if the debates could drag on for a few more days.

However, there is also some data in the coming week that has the potential to stop the stock market boom. Retail sales and industrial production data for July in the US on Friday are expected to slump.

The economic data from Great Britain are also likely to be devastating. According to official figures, Great Britain is considered the largest corona hotspot in Europe and is also still suffering from Brexit. Economists expect that the gross domestic product in Great Britain in the second quarter plummeted by 20 percent compared to the previous quarter.

Quarterly figures at a glance

Quarterly figures from companies in the coming week are almost exclusively from Europe. Among other things, the utilities report from the Dax Eon and RWE on Wednesday and Thursday. Although energy consumption has also decreased in the wake of the corona crisis, the utilities have got through the year quite well so far. This can also be seen in the prices, especially the RWE share increased strongly.

Also put on Thursday from the Dax Lanxess and the Deutsche Telekom their second quarter results. As a cyclical group, Lanxess is particularly suffering from the crisis, which is also reflected in the share price.
As a specialty chemicals group, Lanxess should do better than BASF. After all, CEO Matthias Zachert had confirmed his lowered annual outlook for the current year a month ago. According to this, Lanxess aims to achieve an operating profit of between 800 million and 900 million for the year as a whole.

Deutsche Telekom, on the other hand, is one of the beneficiaries of the corona crisis thanks to the increase in mobile data usage. Things are also going well at the Telekom subsidiary T-Mobile in the USA. On Thursday it announced more customers than its competitor AT&T to have and thus after Verizon to have become the second largest cellular operator in the USA. That already helped the Deutsche Telekom share on Friday.

More: The US labor market is making up ground: more new jobs were created in July than expected. Investors in Germany are cautiously optimistic.

See Also:  Videogames: PS5: The fan of the PlayStation 5 does not make noise after 80 minutes