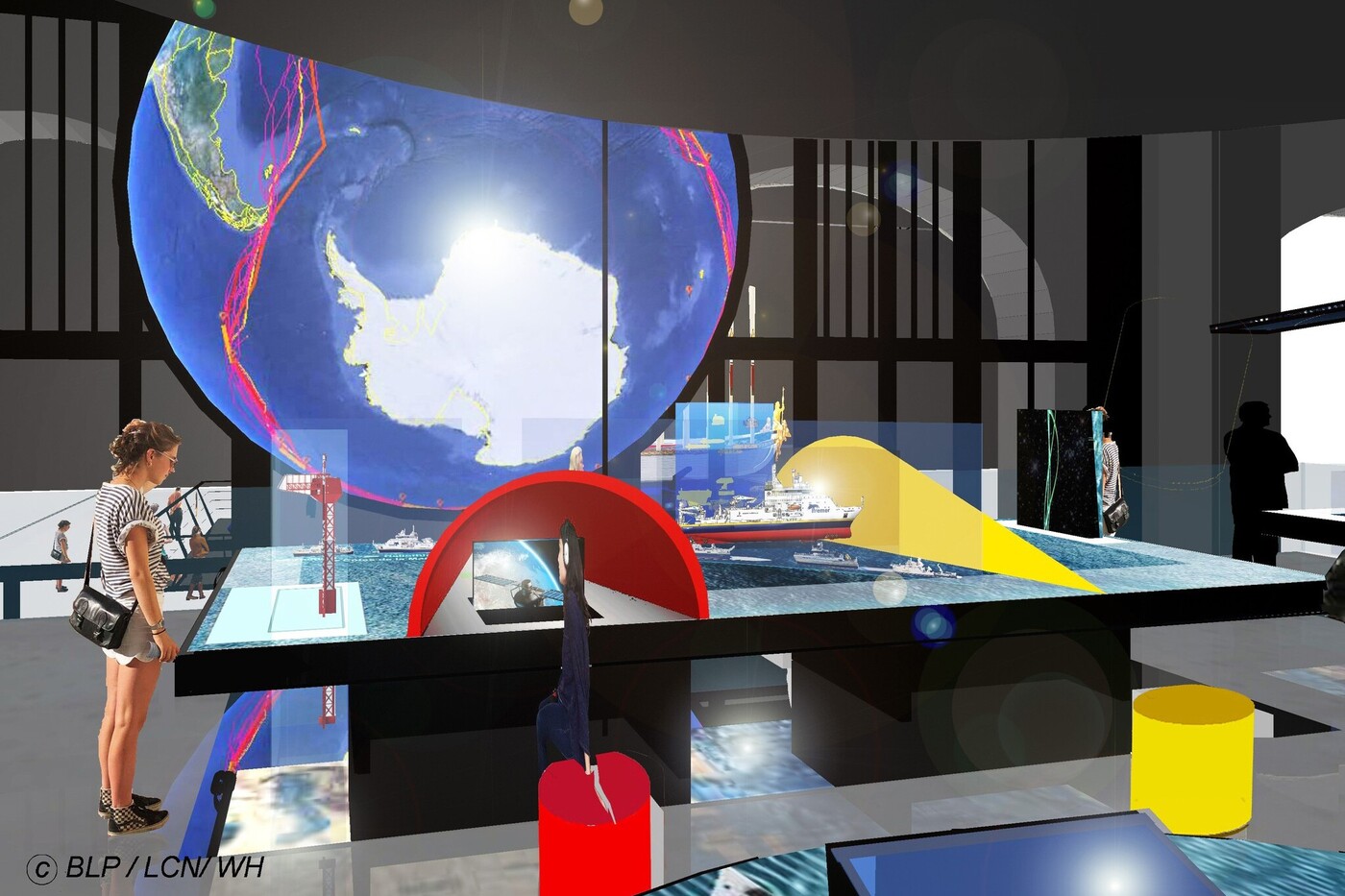 Seen from space, planet Earth is predominantly blue. Blue, like the ocean which covers 70.8% of its surface. It is this figure, 70.8, which was chosen to name the museum dedicated to maritime research and innovation, which opens on Saturday, May 29, 2021 in Brest. Presented as unique in the world by the metropolis of Brest, 70.8 offers a mediation space of 1000 m2 at the Ateliers des Capucins, a former Arsenal site converted into a cultural hub.

→ SELECTION. Which exhibitions to see for the reopening?

The six themes of the museum

“All of its content is linked to research carried out in laboratories, public or private. There are successful projects there, but also ongoing research, such as universal hemoglobin discovered by the Hemarina company, or the Solid Sail rigid sail project, carried by Chantiers de l’Atlantique ”, observes Céline Liret, exhibition curator and scientific director of Océanopolis, which together with 70.8 forms the National Center for Scientific Culture dedicated to the ocean, under the CCSTI label (Center for Scientific, Technical and Industrial Culture).

Created by a former CNRS researcher, Hemarina is developing a blood substitute from lugworms, those marine worms found in beach sand. This animal hemoglobin, in the process of patenting, could be used in the preservation of tissues during organ transplants, or for the oxygenation of patients.

Marine biotechnologies, deep sea exploration, renewable marine energies, oceanography, maritime traffic and naval innovations are the six themes of this museum. The subjects presented are chosen by a scientific committee, made up of nine representatives of research or technology institutes (IFREMER, European University Institute of the Sea, University of Western Brittany, etc.).

A perspective of the future 70.8 in the Ateliers des Capucins. / © BLP-LCN-WH

“The sea flows through our veins”

“The scientific committee will regularly update the contents of 70.8, sometimes with subjects that are not yet in the press, such as maritime cybersecurity”, adds Céline Liret. “Maritime transport has long been secure because it was isolated, but today boats are ultra-connected. Propulsion or rudder automatons are networked computer systems that can be attacked ”, abounds Patrick Poupon, director of the Pôle Mer Bretagne Atlantique, member of the scientific committee. Recently, several maritime transport operators have suffered cyber attacks, rendering their flow management inoperative for several days.

“In Brest, we are used to saying that the sea runs in our veins. The sea has structured our life, our activities and our development for centuries. With 70.8, gallery of maritime innovations, a new chapter opens in the long history ofmaintain our territory and the sea “, welcomes François Cuillandre, mayor of Brest.

70.8 represents an investment of nine million euros, financed by the State, Brest metropolis, the region and the department. He expects 60,000 visitors per year, including part of the 400,000 annual visitors to Oceanopolis.