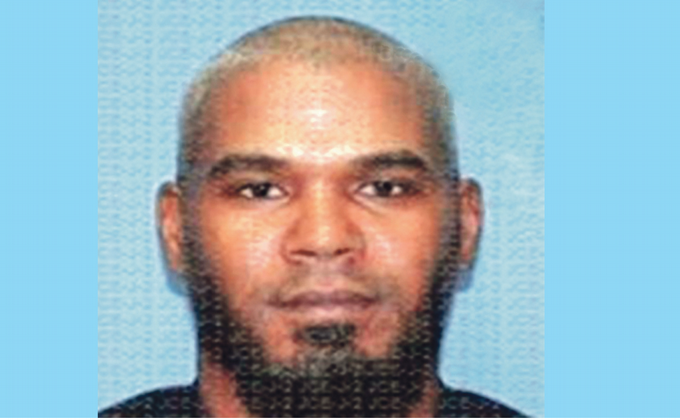 Renowned as the chief of the Eastern region, Juan José de la Cruz Morales, with two of his most cited aliases, “El Don” and “Wander”, is the first Dominican linked to the drug trafficking and money laundering network in the Operation case. Falcón who has opted for his voluntary extradition to the United States, where he will have to respond to the imputation of various charges.

De la Cruz Morales, the chief of operations of the criminal structure dismantled by the authorities, asked the judges of the Second Criminal Chamber of the Supreme Court of Justice to release a record that he agreed to leave voluntarily in extradition “to demonstrate my innocence”.

“Magistrates,” he said, addressing the judges, “I come with the firm will to go on extradition to answer the charges against me,” said De la Cruz Morales, after making it clear that he made the decision without being forced by any pressure.

Against the extraditable, now held in a maximum security ward of the Najayo prison, the country’s high judicial court had issued an arrest warrant since 2019, but the authorities at the time did not execute her, according to what transpired.

Waiting for the decree

It is just waiting for President Luis Abinader to sign the decree authorizing his extradition to the North American nation.

He was the structure’s chief of operations and an experienced boatman dedicated to organizing illegal trips, but, according to the Public Ministry, more than a decade ago he entered the world of drugs until he became one of the most important drug traffickers in the Eastern region. .

They ask six fugitives to surrender

Six people are at large, linked to the drug trafficking and money laundering network, and the authorities have urged them to surrender and answer for the accusations against them.

According to sources linked to the investigation, Mosquea Polanco, the head of the network; Mosquea Eduardo, Torres Bueno, the brothers of Jesús Polanco, and the accused Osiris Medina, carry weapons of different calibers, they are “violent and very dangerous individuals.”

The authorities are reportedly warning fugitives that they are actively sought by elite and reaction units of state intelligence agencies.

They are also reminded that at the time of their pursuit or capture they should not resist arrest.

Precisely, a source reported that. After the persecution, Enerio Sandoval, one of the members of the criminal structure, surrendered to the authorities.

Search for another group intensifies

It was reported that other people are wanted in Santo Domingo, La Altagracia, Santiago and other parts of the country, accused of being part of this powerful drug trafficking and money laundering network, which had its operation center in Santiago.

The prosecution bodies of the Public Ministry and the Santiago Prosecutor’s Office recalled that any person who obstructs or prevents the apprehension of those involved in the Falcón case is even exposed to being prosecuted for complicity in the United States for helping a defendant evade justice or for inciting to do so.

They indicated that the United States justice system establishes that a criminal charge of “complicity” can be brought against any person who helps in the commission of a crime or who, upon learning about it, before or after its consummation, helps the accused through counseling , shares or financial support.

Depending on the degree of participation, the indictment can rise to the level of conspiracy. In this context, they explained that in order to be prosecuted for complicity, the United States judicial system only requires proving that the accused knew that a person had committed a crime or that he / she helped with its consummation or in the specific design of hindering or preventing the apprehension, trial or the punishment of a person persecuted or under prosecution.

Investigations by the Public Ministry revealed that Erick Randhiel Mosquea Polanco became “a powerful and feared international drug trafficker” who, together with his operational axes within the organization, moved thousands of kilos of cocaine from Colombia, through the Dominican Republic , to Puerto Rico, the United States and Europe.

So far, the money laundering network has seized about 130 vehicles, including three armored vehicles, as well as a small and a large boat. Also, around 4.9 million dollars in cash and more than 22.7 million pesos.

DATA
What is extradition.

Extradition is the procedure by which a person accused or convicted of a crime under the law of one State is detained in another and returned to be prosecuted or to serve the sentence already imposed.