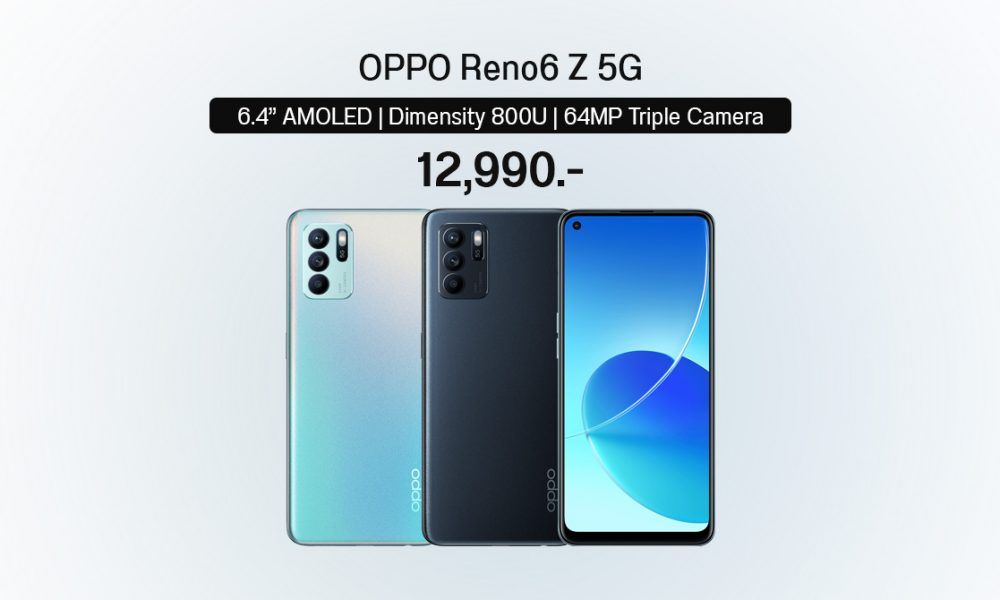 OPPO Thailand officially announced the launch of Reno6 Z, the latest 5G mobile phone today. Highlights for capturing beautiful portraits in both stills and videos. Bokeh Flare Portrait mode, which renders bokeh naturally, is now compatible with the front camera. It also comes with VOOC 4.0 technology that can charge a 4310mAh battery from 0 – 100% in just 52 minutes.

Reno6 Z 5G has a screen size of 6.4 inches. The display panel chosen by OPPO is AMOLED type, which delivers vivid colors and high fidelity. It also fights the sun well. With a maximum brightness of 800 nits, it can be used outdoors without problems and can unlock the phone quickly with the embedded optical fingerprint sensor. As for the selfie camera, the resolution is focused on 32MP. The Reno6 Z 5G’s three rear cameras include a 64MP high-resolution main camera, complemented by an 8MP ultra-wide camera and a 2MP macro camera. In addition to the Bokeh Flare Portrait mode mentioned above, there’s also a viewable Portrait Beautification Video. equally interesting This will be a feature for shooting videos. When enabled, it will automatically adjust the color tones to be brighter by the power of OPPO’s algorithm combined with the smart artificial intelligence. 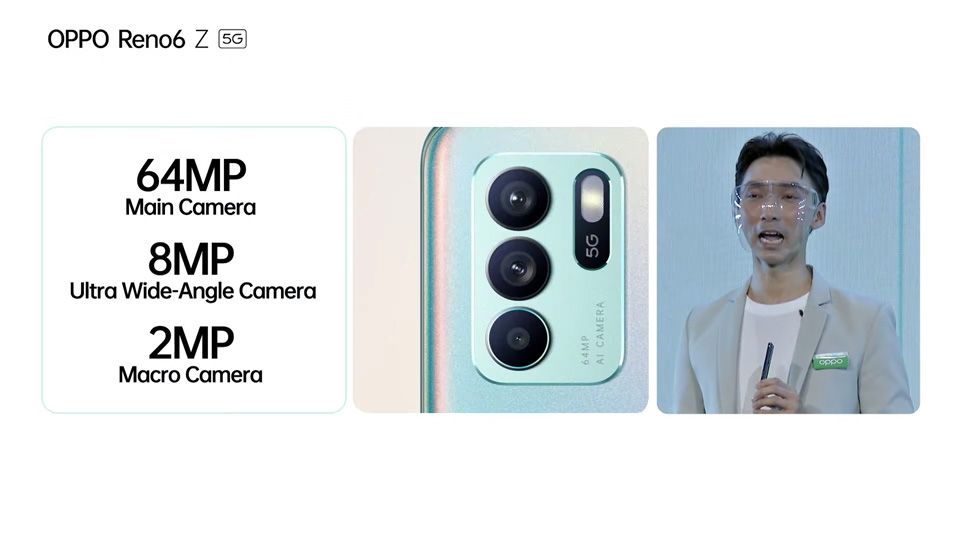 Inside, Reno6 Z 5G is powered by MediaTek’s Dimensity 800U, 8-core CPU, divided into 2 large cores and 6 smaller cores, with a maximum clock speed of 2.4GHz. It is one of the most popular chips in the mobile industry. There is also a booster mode to enhance system performance. with a game mode that will increase the touch response rate of the screen from 135Hz to 180Hz as well.

Reno6 Z 5G provides 8GB of RAM, but can be expanded further by extracting some space from 128GB of storage, which OPPO calls this feature RAM Expansion. If it’s not enough, you can add a microSD card later as well. nah

*Aurora color is 7.79 mm thick because there are more layers of coating on the back cover. 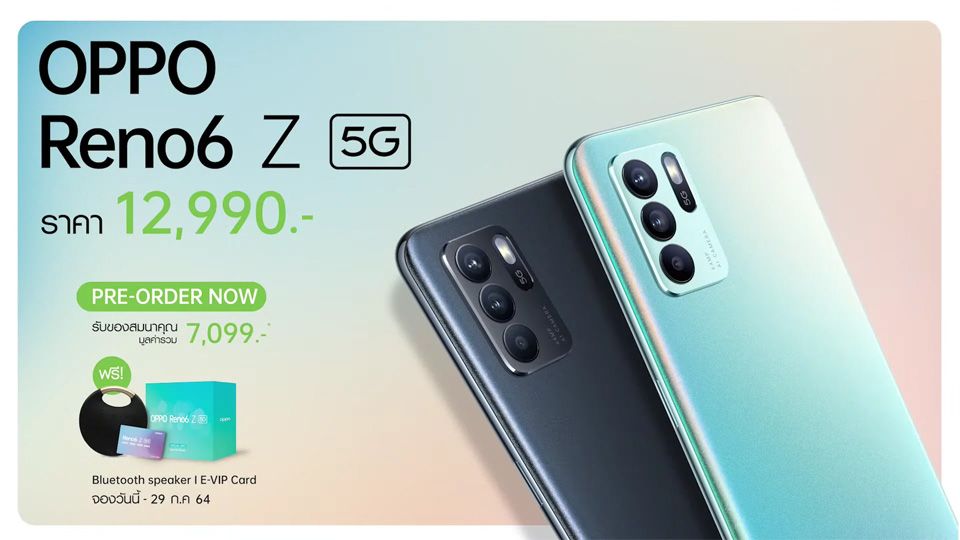 Reno6 Z 5G introduced by OPPO to be sold in Thailand. There are 2 colors: Black, Stellar Black, with a flashing reflection effect. Similar to the stars that shine in the universe and the Aurora sky that is a pearly color. Gives a feeling of luxury, looks expensive, is open for pre-orders from today until 29 July 2021 at a price of 12,990 baht with free gifts as a Bluetooth speaker and an I-VIP card worth a total of 7,099 baht.

In addition, OPPO Thailand has also brought a new generation of wireless headphones, Enco Air, to be revealed at the same time at this event. These are wireless earbuds that come with 12 mm drivers that support touch control. Listen to music continuously for up to 4 hours, or up to 24 hours with the charging case. and has an IPX4 waterproof rating, so it can be worn while exercising without breaking (Read more) 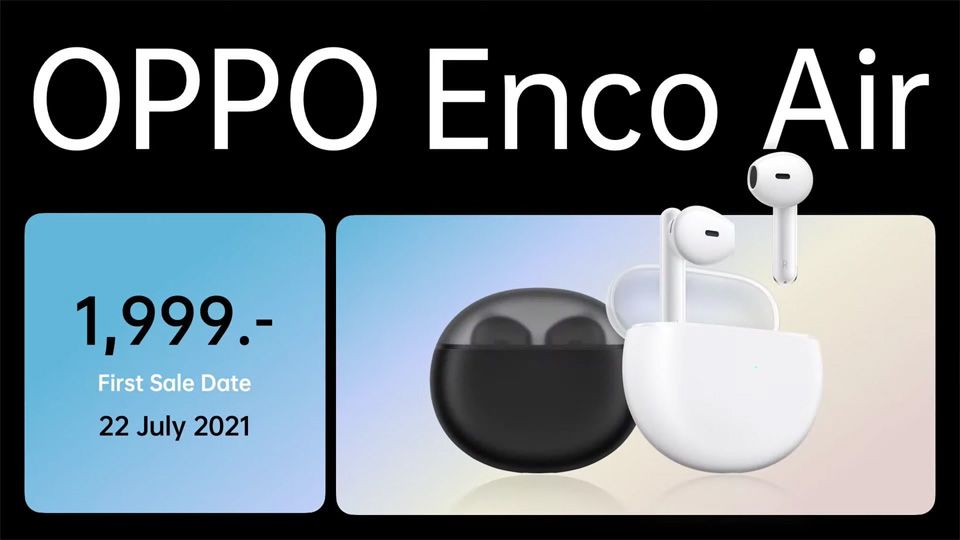