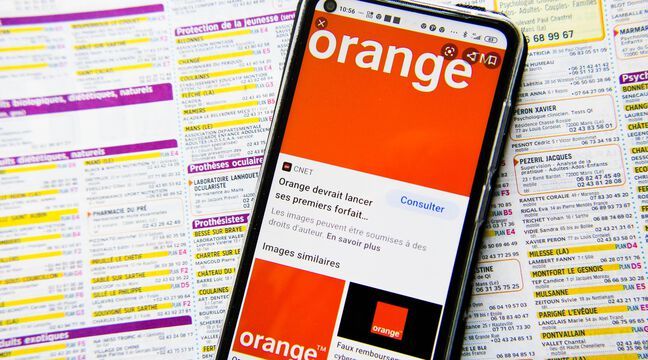 It is time to be held to account. The telephone operator Orange will make public this Friday the results of its internal investigation supposed to explain the breakdown of emergency numbers last week. It “aims to identify the precise causes of this incident, to study the alert process and to issue recommendations to draw all the necessary lessons”, recalled the former France Telecom, historically in charge of redirect emergency calls.

For several hours on June 2 at the end of the day, numbers 15, 17, 18 and 112 were for many French people inaccessible or reachable only after multiple attempts. A breakdown that has affected the whole country in an unprecedented way and during which at least five deaths have occurred, including that of a 28-month-old child in Vendée.

The first explanation put forward by the group had been a “software failure”. This investigation is separate from the “security and integrity control” audit of Orange’s network and services requested by the government, and led by the National Information Systems Security Agency (Anssi) ; its conclusions are expected within two months.

Guillaume Poupard, the general manager of Anssi, however already confirmed Thursday that a technical failure and not a cyber-attack was at the origin of the failure of the emergency numbers. “I had a meeting on Thursday morning with the various State services as well as Orange,” he explained during the presentation of Anssi’s annual activity report. “At 99.9%, it is a failure, it is even clearly identified,” he said. “It is imperative to continue to develop the mastery of these” telecommunications systems, “both in the face of breakdowns, equipment that malfunctions, that” buggy “, but also in the face of attacks,” he underlined.

The CEO of Orange Stéphane Richard, who had presented a public apology just after the incident, must also be heard next Wednesday by the Committee on Economic Affairs of the National Assembly. “We want to understand what may have happened and ensure that it does not happen again,” said LREM deputy Roland Lescure, who chairs this committee. “The State has very clear specifications vis-à-vis Orange. Obviously, it was not respected, ”said this parliamentarian on Franceinfo.

The blackout had provoked strong political reactions, and renewed the debate on the system of emergency numbers, which some players want to merge, without it being known whether such a merger would have really made it possible to resolve the failure more quickly. The authorities had set up alternative 10-digit numbers to reach the emergency services, numbers that had to be found on the Internet and on social networks.

“We deplore the victims who are likely to have been caused by this serious incident,” Prime Minister Jean Castex said last Friday, specifying that he was speaking “subject of course to what the inquiries will say, in particular the inquiries. that are open ”. To date, five suspicious deaths have been observed in Morbihan, Haute-Saône, Vendée, Reunion Island, and Bouches-du-Rhône.