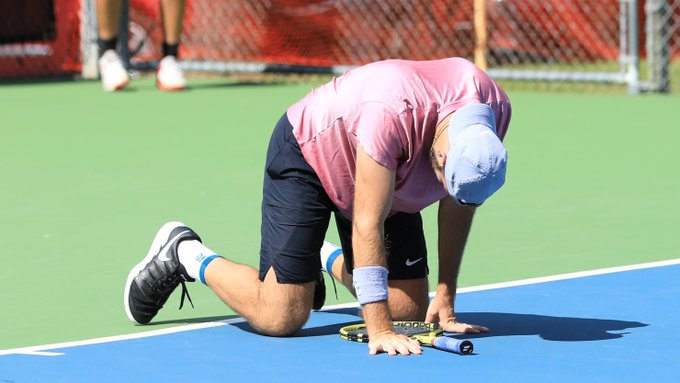 At 28, Jack Sock lives a career in roller coaster. Raised very high with his title at Bercy in 2017 then a participation in the Masters, the American then experienced a descent into hell. But he hangs on. last week he had a pretty amazing week at the Challenger de Little Rock. Because behind his title obtained against the Ecuadorian Emilio gomez, there were two miracles.

When Jack Sock won the Rolex Paris Masters … in 2017

Jack Sock, 248th in the world, continues this week at the Orlando Challenger

He has indeed saved six match points in two games! Three facing Ernesto escobedo in the round of 16 and three more against Thai Son Kwiatkowski in the quarterfinals. We better understand his reaction to the match point … Jack Sock, 248th worldwide, continues this week at Challenger d’Orlando. Decompression? Perhaps. Still, he was taken out in the first round 6-2, 7-5 by his compatriot Mitchell Krueger. The number 1 seed of this Challenger, the Japanese Yasutaka Uchiyama, was also ejected “by the American JC Aragon. Off the road, also, for the second favorite, the Taiwanese Jason jung, eliminated by the Chilean Nicolas Jarry.