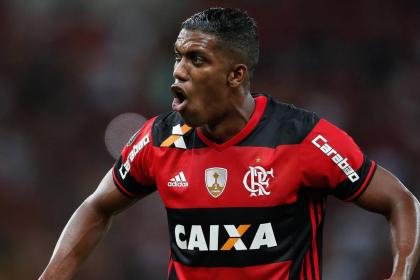 The Colombian winger, Orlando Berrío, has been without a team since October 2020 when he left soccer for the United Arab Emirates. The double champion of the Copa Libertadores, first with Nacional, and later with Flamengo, is part of a select world list of free players. There are several Colombians valued over 500 thousand euros.

Berrío, 30, is the best-placed Colombian on the list recently published by the portal specializing in securities in the market, Transfermarkt. The Cartagena is in box 19 and is valued at 1.2 million euros, this being the third highest appraisal in his career. He reached the highest number playing in the Brazilian team, with which he was between 2017 and 2020.

Other Colombians that appear in this classification are César Carrillo, valued at 950 thousand euros; Alex Rambal and Didier Delgado in 800 thousand. Below are José Cuadrado and Jean Blanco (725 thousand euros), in addition to Marvin Vallecilla, Leyton Jiménez, Gustavo Culma, Yulián Mejía, Cristian Higuita, Jown Cardona and Jefferson Cuero, above 500 thousand euros. All in free condition, waiting for a team for the second half of the year.

After leaving Flamengo, Berrío has devalued 800 thousand euros. It reached a market value of 2 million euros, when the Libertadores of 2019 and the Recopa Sudamericana 2020. His last team was Khor Fakkan, from the United Arab Emirates, which he arrived in June of the previous year. There he could only play two friendly games and none official. Three months later, he terminated his contract.

Canterano de Atlético Nacional, but with a step in 2012 for Millonarios and 2013 for Patriotas, Berrío integrates the top 20 of the best-valued free players along with world figures such as Diego Costa and Daniel Sturridge.

See Also:  the helicopter was "perfectly in working order", according to the prosecution