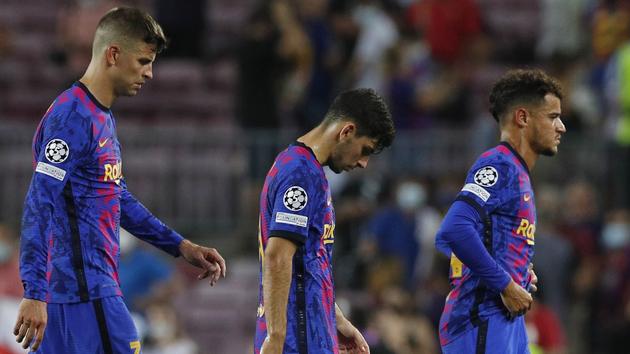 A month after the departure of the Argentine player, the Catalan club in reconstruction is already pitching. On the ground and behind the scenes.

If Lionel Messi has dried his tears, Barça has not yet healed his wounds. Since the shock departure of the greatest player in his history for Paris SG last August, FC Barcelona is rebuilding itself. At its scale, it starts again almost from zero. Joan Laporta, club president between 2003 and 2010, was re-elected in March 2021, and a week after Messi’s departure he lambasted the legacy left by his predecessor, Josep Bartomeu. “The situation is dramatic through their fault, complained Laporta. We had to use a loan to pay salaries. ” Barça’s debt peaked at 1.350 billion euros. Colossal. As big as they are, Barça is on the brink financially. And on the ground, it is already being felt greatly.

Read alsoManchester City, FC Barcelona, ​​PSG … Which clubs have spent the most on the transfer market for a decade?

Tuesday evening, Bayern Munich gave a lesson on the lawn of Camp Nou, at the opening of the group stage of the Champions League (0-3). More aggressive, better organized, the Bavarian ogre trampled the Blaugrana. A symbolic figure: Barça did not frame the slightest