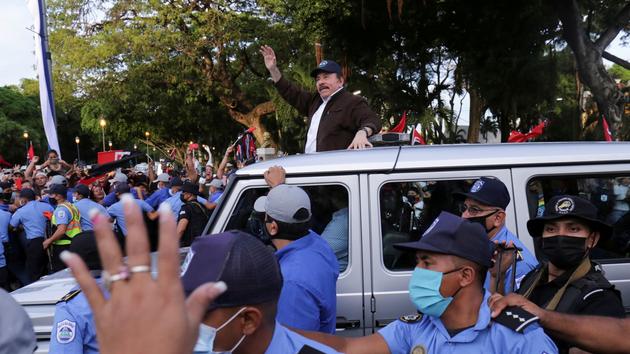 STORY – Five candidates for the November 7 election are now in jail to leave the field open to the former Sandinista guerrilla.

This week Nicaragua celebrated the 42e anniversary of the victory of the Sandinista revolution. On July 19, 1979, the troops of the Sandinista National Liberation Front (FSLN), led by Daniel Ortega, drove out the dictator Anastasio Somoza, the last representative of a family that had ruled the country since 1937.

On the occasion of this anniversary, Gustavo Porras, President (FSLN) of the National Assembly, announced what everyone already knew: President Daniel Ortega, 75, will be a candidate for his succession in the election November 7. He has been actively preparing for this presidential election for several months by ruling out all possible contenders for the supreme position who could overshadow him.

Five declared or putative candidates have thus been imprisoned or placed under house arrest since May in application of a text voted by Parliament in 2020: the “law for the defense of the rights of the people to independence, sovereignty and self-determination of the peace”.