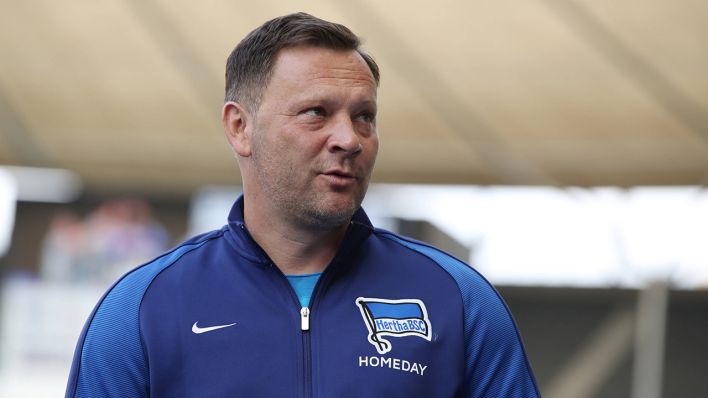 The Hertha BSC team will also be coached by Pal Dardai in the coming season. At the digital general meeting on Sunday it was also about the future of Arne Friedrich and the return of fans to the stadium.

Pal Dardai remains coach at Bundesliga club Hertha BSC. This was announced by the managing director of the board, Carsten Schmidt, at the digital general meeting on Sunday. The assistant coaches also retain their functions.

The contract with Pal Dardai is valid for one and a half years starting in January 2021. When asked whether Dardai could return to youth work after his time, Schmidt replied: “A Pal Dardai always has a place at Hertha BSC.”

At the digital general meeting, which was attended by over 2,000 people, the future of sports director Arne Friedrich was also addressed. “We are in good talks,” said Carsten Schmidt, but pointed out that the decision still needs some time.

For the coming season, Hertha BSC is preparing for fans to return to the Olympic Stadium. Finance director Ingo Schiller announced that there would be no season ticket sales “because we cannot guarantee whether we will be able to offer the seat”. Accordingly, there should be a pre-sale right for the previous season ticket holders for the available day tickets and then for the other Hertha members. “If we have planning security, we want to offer season tickets as early as possible, as soon as there is sufficient security,” explained Schiller.