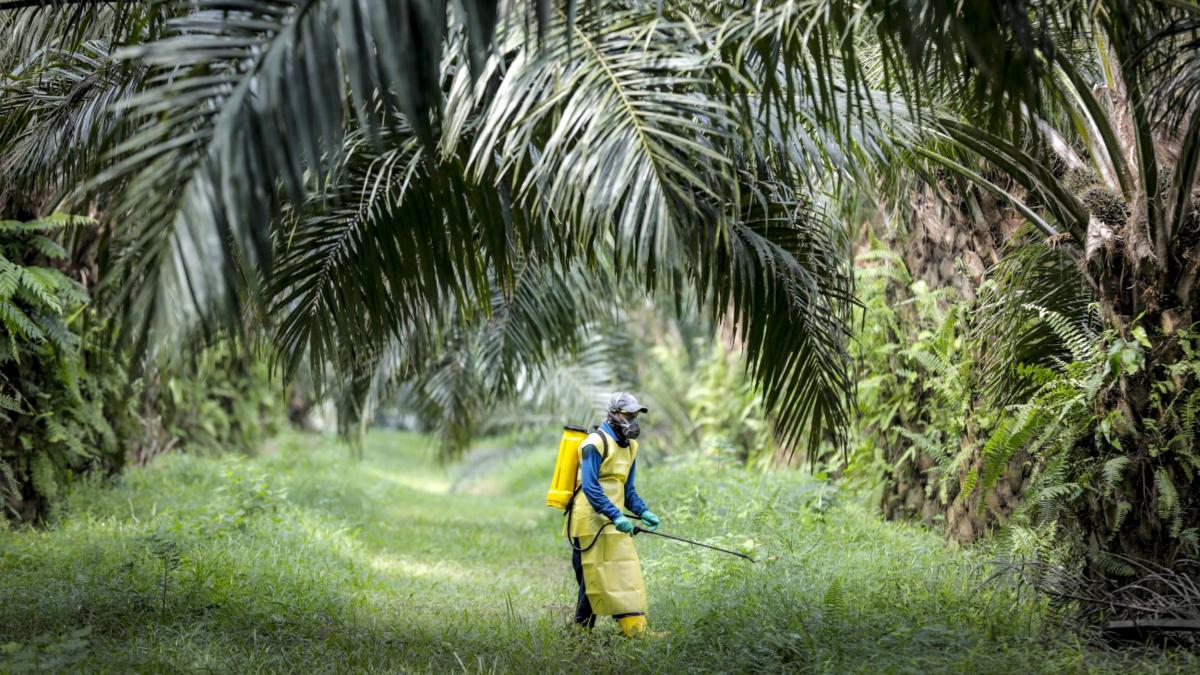 In Germany there does not seem to be a more determined fighter for ambitious climate protection than Federal Environment Minister Svenja Schulze. When the “High Ambition Coalition” of threatened island states demands maximum efforts to save CO2 at a world climate conference, the social democrat from Germany is on stage and helps to keep the campaign banners in the cameras of the world press.

It is therefore remarkable when this minister in particular has to admit that she has a lack of ambition in implementing the second EU directive on the promotion of renewable energies, or “Red II” for short. It is even more astonishing when this criticism is not brought forward by radical climate activists of the Extinction Rebellion group, but by the CDU / CSU parliamentary group in the Bundestag, which generally assumes too little understanding for the concerns of environmental protection and too much for those of the economy becomes.

And finally it gets very strange when the Union has to reproach the top German environmentalist for being very lenient with the palm oil industry in Indonesia and Malaysia, which is destroying the habitat of the orangutan with its large-scale clearing of the jungle, probably after polar bears and whales most prominent animal icon of the international nature conservation movement.

On Wednesday, Schulze’s draft law to implement the Red II directive is to be passed by the federal cabinet. In particular, the package of measures focuses on CO2 emissions from transport, the biggest concern in climate protection. But the law apparently has unpleasant risks and side effects.

“We are concerned that by 2026 far more palm oil could be used in Germany than before,” said a letter from Union MEPs Georg Nüßlein, Marie-Louise Dött and Oliver Grundmann to Schulze. At the same time, however, there is little overall progress in the decarbonisation of transport, criticize the Union’s politicians: That is why “we want to push for more ambition”.

Because e-mobility is still in its infancy in Germany, 98 percent of renewable energies in transport are currently biofuels. Even with the most optimistic scenarios for the ramp-up of electric mobility, there will still be at least 30 million combustion engines on the roads in 2030. Given the high time pressure of the climate goals, there is no realistic alternative to bioprit from crops, plant residues, liquid manure or used cooking fats for decarbonising transport.

Representatives of the biofuel industry are annoyed and amazed anyway that the Federal Environment Ministry is only demanding a slight increase in greenhouse gas quotas from the transport sector: Currently, the oil companies have to ensure CO2 savings of six percent, in 2025 it should only be eight percent. The second annoyance is that Aral, Shell & Co can meet this quota, which is already low, by simply buying eco-certificates from the operators of charging stations, which are then credited three times.

A pure funding program for electromobility that does nothing to ensure that the 38 million internal combustion engines that are still on the move can be refueled in a climate-friendly manner. “If you take all of these multiple counts into account, nothing will happen with biofuels until 2025,” criticizes Claus Sauter, CEO of the large German biofuel producer Verbio AG: Schulze’s multiple counts would “not really reduce CO2, but are just arithmetic tricks.”

While biofuels from domestic production are making life difficult, the Ministry of the Environment is surprisingly generous in the crediting of palm oil from Asia. The questionable raw material is only to be pushed out of the German market gradually from 2023, and its use is not to cease entirely until 2026. France, Austria and the Netherlands are already ending the use of palm oil, and Germany is giving the manufacturers of the cheap jungle fuel another five years.

Why? When asked, the Federal Environment Ministry showed an unusually high degree of understanding for the mineral oil companies. “In Germany we have a very large market for fuels that can only be redirected step by step,” it explains. “A step-by-step and plannable phase-out is necessary so that companies that use these fuels to meet their obligations can adjust to it.”

However, the Union politicians cannot understand why the EU Commission classifies the wastewater from palm oil production, the so-called Palm Oil Mill Effluent (“Pome”), as “progressive biofuel” – and Germany accepts this without any problems. Not only that: In this country, “Pome” can even be used twice on the greenhouse gas quota, even beyond 2026.

The environmental politicians of the Union fear that the double counting will make the oily wastewater from the palm oil mills “more lucrative than palm oil itself in the system of the German greenhouse gas quota”. The producers in Asia have a real incentive to use real palm oil to stretch the mill waste, which has been artificially upgraded by German legislation. This leads “the system to absurdity, undermines our sustainability efforts and makes Germany the driver of palm oil production”.

The Federal Environment Ministry, otherwise not overly fearful when it comes to risking EU infringement proceedings, shows little inclination to close this back door for palm oil imports. The Ministry is not considering removing “Pome” from the list of advanced biofuels when implementing Red II. “The promotion of renewable energies must be designed in accordance with the EU and the WTO,” the ministry regrets when asked.

From the point of view of the associations of the biofuel industry VDB and BDB, however, “the intended exclusion of palm oil is thwarted”. Verbio boss Sauter has bad suspicions: “In the end, it’s all about being able to later discredit biofuels as supposedly environmentally harmful in order to get the politically preferred electromobility out of the way.”