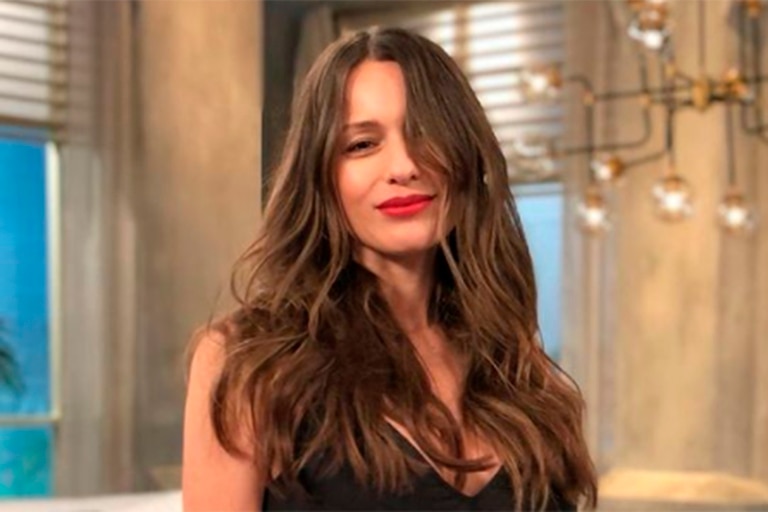 Pampita Ardoahin has coronavirus. This was confirmed by herself from her Instagram account. Likewise, the model made it known that her husband, Roberto García Moritán, also tested positive in the test, unlike his three children, Bautista, Beltrán and Benicio.

“I am infected with coronavirus, and so is Robert”, begins the post that he shared through his stories. “My children tested negative but they will have to do another PCR in a few days, just in case. They are in perfect health, they did not have a fever or any symptoms. None of those who traveled to Mexico or any family member is infected, “he clarifies, referring to his recent vacation in the Riviera Maya. It was there that the couple decided to confirm that they are waiting for their first daughter together.

“We arrived in Argentina with a negative PCR, as appropriate. I went for a protocol swab, because I had a scheduled trip and that’s why I found out. From that moment we are with Robert isolated in a room. Thank you for your concern and your messages ”, ends the statement.

The news of the positive result had been given hours before by Maite Peñoñori, panelist of The angels in the morning in thirteen. “He went to swab because he was traveling to Miami and not because he felt bad. And to enter the United States he needed the negative PCR, otherwise he cannot even get on the plane ”, he said. And then he added: “One of Pampita’s children has a fever. The children had scheduled a trip with their father, Benjamín Vicuña and they will not be able to do it either ”.

Ardohain, four months pregnant, was going to travel to the United States to attend the fifteenth birthday of the daughter of former soccer player Iván Zamorano, a celebration that had her very enthusiastic, but now she cannot be part of the game.

As Ángel de Brito had told yesterday, Pampita was going to travel to the United States to attend the fifteenth birthday of the daughter of former footballer Iván Zamorano, a celebration that had her very enthusiastic, but now she cannot be part of the game.