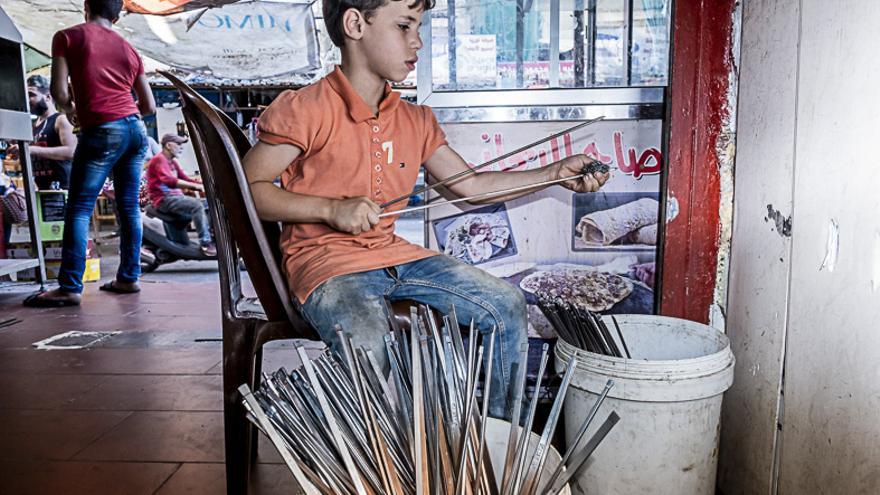 The economic crisis unleashed by the pandemic is causing millions of kids all over the world are forced to drop out of school and go to work. The International Labor Organization (ILO) and the Unicef have published this Thursday a report in which they warn of the first rebound of the child labor in the last two decades. According to their numbers, 8.9 million minors of age all over the world will be forced to give up their childhood throughout this year and go to work to contribute to the family income. And they will join the 160 million children they were already an ant in the world economy.

A typical image of the Spanish postwar period is the day to day of the 10% of children worldwide, who, dragged by poverty, must give up the desk for paid work. Half of these carry out dangerous jobs that directly put their physical integrity and / or their mental stability at risk. “Global progress in the fight against child labor has stalled for the first time since we started producing global estimates, two decades ago,” warn the ILO and Unicef ​​in their report.

“If urgent mitigation measures are not adopted, the COVID-19 crisis will probably lead to many more millions of children being in child labor,” they insist from these international organizations. Particularly worrying is the situation in the sub-Saharan African states, where the increase in child labor is not caused by the virus and since 2012, when Spain was still suffering from the financial crisis, this scourge has been on the rise. “Currently, there are more children in child labor situations in Sub-Saharan Africa than in the rest of the world ”, warns the report published this Thursday.

Child labor is eminently concentrated in rural zones, to the point that three out of four minors employees live in a non-urban area. This is caused by the fact that the majority of child laborers are engaged in agriculture, especially those aged between 5 and 11 years. The poverty of the families is the main employer of these infants, since it is the parents themselves who take them out of school because they need extra hands to make ends meet.

However, the ILO and UNICEF also point to the large multinationals and they invoke their responsibility to guarantee minimum human rights throughout their production chain. “Micro and small businesses that operate at the lower levels of supply chains are particularly relevant, where the risks of child labor and violation of other human rights are often more pronounced,” assert the organizations.

The report also warns states that it is still in their power to reverse this incipient rebound in child labor. To this end, they are urged to extend, at least for the duration of the health emergency, social protection measures for households to alleviate poverty. Especially in rural environments and taking into account their particularities. Another recommendation, of a more structural nature, is to make the registration of each birth mandatory and effective, in order to allow the administration on duty to ensure that their rights are respected and that they can access an education.

And, particularly to the states of the industrialized economies and to international economic organizations, the ILO and Unicef ​​urge to promote “debt relief”, which “should be extended and the debt should be restructured in countries that are already heavily indebted, to that social spending is not displaced by increasing debt service payments ”.