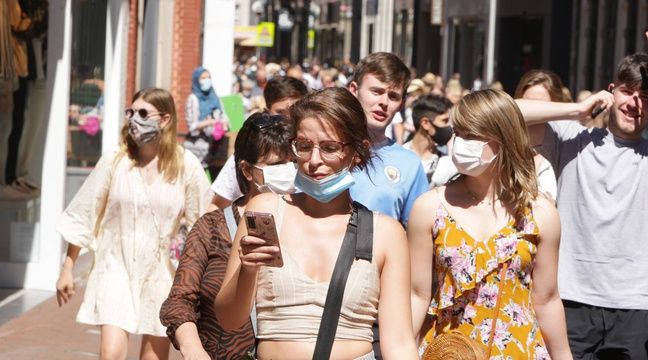 2020 = the beginning of the end. UN experts have announced that pandemics like Covid-19 will “emerge more often, spread faster, kill more people and have unprecedented devastating impacts on the global economy.”

The report of these experts on biodiversity (IPBES) is based in particular on the immense reservoir of unknown viruses in the animal world. The only way to avoid this dire fate would be for the UN to radically transform the economic system and put in place “prevention strategies”.

The 22 scientists commissioned by IPBES to draw up this report as a matter of urgency, without benefiting from the usual intergovernmental evaluation and approval process, reviewed hundreds of recent studies on the links between humans and nature, especially on the consequences of the destruction of nature by human activities.

According to estimates published in the journal Science in 2018 and included in the report, there are 1.7 million unknown viruses in mammals and birds, of which between 540,000 and 850,000 of them “have the capacity to infect humans”. The risks of contamination of humans by these viruses of which nothing is known are multiplied by the increasingly close contact between wild animals, farm animals and the human population. Moreover, 70% of new diseases (Ebola, Zika) and “almost all known pandemics” (influenza, AIDS, Covid-19) are zoonoses, that is to say they come from animal pathogens.

But “blaming wild animals for the emergence of these diseases is wrong”, insist the experts, pointing the finger at Man and the traces he leaves on his environment. “There is no mystery about the causes of the Covid-19 pandemic, or any other modern pandemic”, comments in a press release Peter Daszak, who led the development of this report.

“The same activities that drive climate change and the destruction of biodiversity are stimulating the risks of a pandemic because of their impact on our environment,” he continues. “Changing land use, the expansion and intensification of agriculture, as well as unsustainable trade, production and consumption are disrupting nature and increasing contact between wildlife and livestock. , pathogens and humans. This is the way to pandemics ”.

Faced with this observation, the report calls for “profound changes to prevent pandemics” so as not to be forced to simply manage and control epidemics once they have emerged. Experts recommend, for example, launching studies to identify the geographical areas most at risk.

But above all, they plead for the reduction of the human footprint on nature: reduce deforestation and the destruction of habitats, reduce the trade in wild species, reinvent the agricultural and economic model in general to reduce activities known to have their impact. negative environmental (palm oil production, exotic woods, transport infrastructure, meat breeding, etc.). These recommendations overlap with those widely advocated by specialists in the fight against climate change, who are struggling to find an echo, many actors highlighting the costs and acceptability of such transformations.

But as in climate matters where specialists point the finger at the astronomical future costs linked to disasters which will multiply, IPBES experts assure that investing today would save on the future economic impacts of pandemics. Thus, it would cost around 100 times less to spend today to integrate pandemic prevention into global trade and land use than to bear the brunt of future pandemics like that of Covid-19 which has already cost 8,000 to 16,000. billion dollars until July 2020, insists the report.

“This report emphasizes that this Covid-19 crisis is not just another crisis, which is occurring at the same time as others – the biodiversity crisis and the climate crisis,” commented John Spicer, professor of zoology marine at Plymouth University, cited by Science Media Center. “Make no mistake about it, this is one and the same crisis, and it is the biggest that humans have ever faced,” added the scientist, who was not involved in the report.