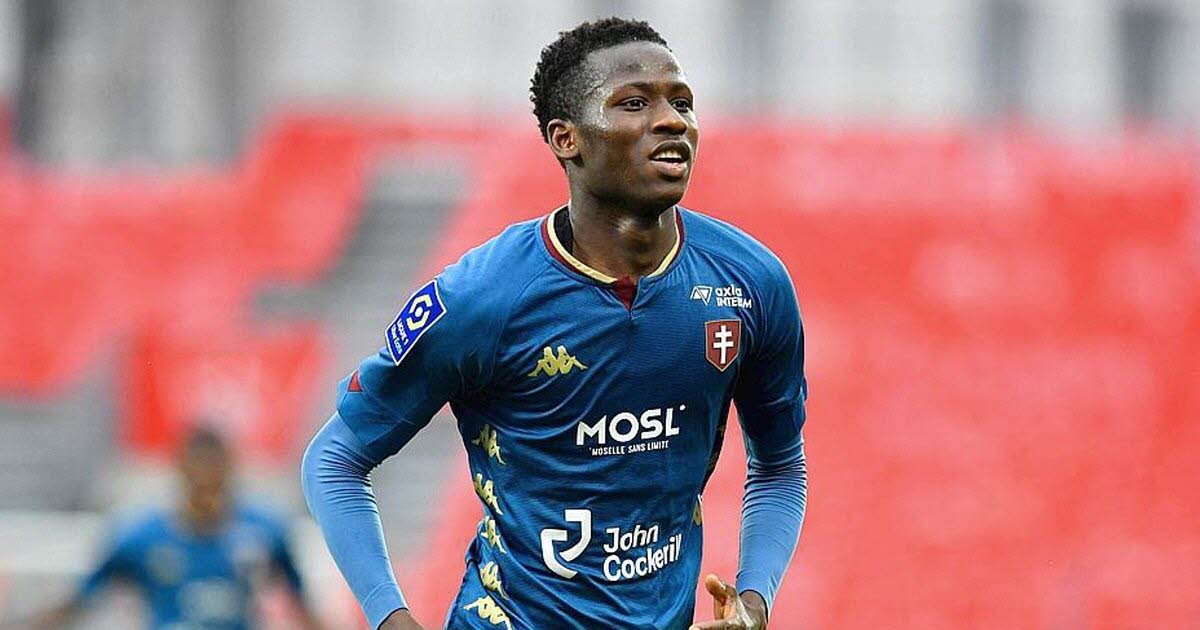 “Pape Matar Sarr is elegance in the midfield, it’s talent, it’s making others play.” Metz coach Frédéric Antonetti is full of praise for his young player.

Early debut in the Senegalese elite at only 15 and a half, Africa Cup of Nations a year later, first pro contract in France at 18 and one day, first appearance in L1 just a few weeks after his arrival: Pope Matar Sarr is wasting no time. He does everything faster than the others and also sees very quickly on land.

Before signing with the Garnets from Génération foot, the satellite club of FC Metz located in Dakar (Senegal), he was already followed by the biggest European teams.

Since he took his first steps in France (20 matches including 13 starts and three goals scored in just over six months), the number of his courtiers has continued to increase.

“Leave him alone. I think we talk about it too much. He still has a lot of progress to make. In all areas, physical, tactical, technical. It’s a big potential to develop in order to have a great career. But He is still a young player. He is losing balls, does not always position himself well. He has to improve, “said Antonetti.

Yet despite his young age, Pope Matar Sarr already has more than one string to his bow. Used in defensive midfielder in the current system in 3-4-1-2 of FC Metz, the neo-international A of Senegal can play in all the positions of the midfielder.

And to add: “But it has a very big volume, it can play in a system with two numbers 10, it can be middle + box-to-box +, it can be 10, 6, it depends on the coaches. that it has such a volume that it is better to use it as in Metz with two axial midfielders, it goes into the area, to the right, to the left, it defends, it has a large volume, ”explains the technician.

Pope Matar Sarr also has a ball strike that allows him to shoot arrows out of the box. A significant contribution which should further increase the interests of European football for the native of Thiaroye, a city near Dakar.

“He will be able to go as far as he wants to go, believes Olivier Perrin. He must work, be as he is there, modest, regular, hardworking. He must continue to love football and he will do like the great players, he will go far. I think he will go very far. “

With a first opportunity to shine in the big world on Saturday, against the armada of Paris SG at the Saint-Symphorien stadium.