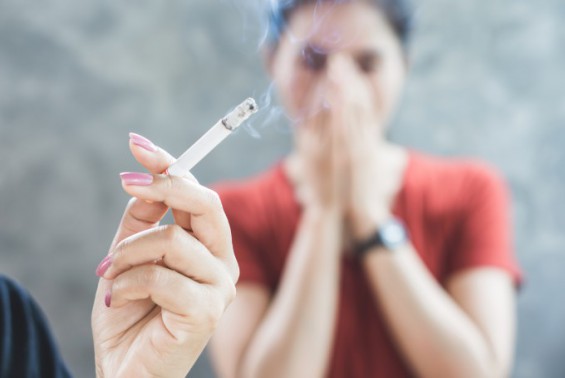 A research team at the University of Melbourne, Australia

Parents’ exposure to cigarette smoke as a child increases the risk of asthma in their children, a study has found. Getty Images Bank

Even if the parents aren’t smokers, exposure to cigarette smoke increases the risk of developing asthma in children, a study has found.

A research team from the University of Melbourne Medical School in Australia published a study in the September 14 issue of the European Respiratory Journal, an international scientific journal, that the risk of developing non-allergic asthma in children increased by 59% just by exposure of parents to secondhand smoke during childhood. If parents smoked, their children had a 72% chance of developing asthma.

Dean Bouy, a researcher at the University of Melbourne Medical School, said: “This shows that the harm from smoking affects not only the smokers themselves, but also their children and grandchildren. It can be avoided,” he said.

Professor Chamarie Damez, from the University of Melbourne, said: “We are not sure how this damage is passed down through generations, but we believe there is an epigenetic change. It can be changed,” he said.

Epigenetics refers to the partial changes that occur in DNA other than the nucleotide sequence. The researchers speculated that cigarette smoke could affect the production of sperm by causing epigenetic changes in cells.

The researchers plan to investigate whether asthma risk persists into adulthood and whether allergies and lung diseases in fathers exposed to secondhand smoke also affect children.