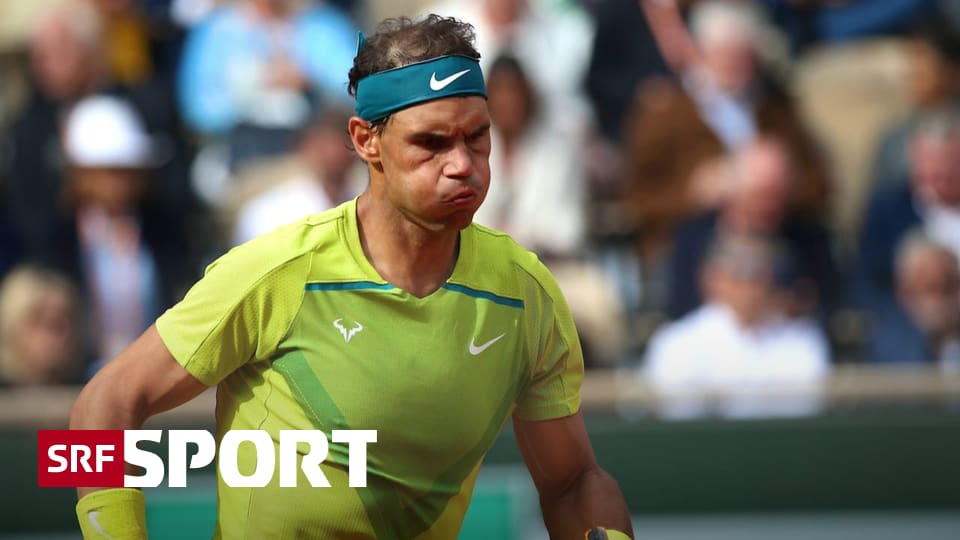 Nadal against Djokovic – the duel between the permanent rivals is perfect. In the round of 16, however, the Spaniard had to fight a lot more than the Serb.

The quarterfinals between Rafael Nadal and Novak Djokovic is perfect. The Spaniard had to fight hard against 21-year-old Félix Auger-Aliassime in the round of 16. Only after 4:21 hours was the 3: 6, 6: 3, 6: 2, 3: 6, 6: 3 success of the 13-time Roland Garros winner certain. Auger-Aliassime defied Nadal with an excellent performance to the end. The round of 16 was also explosive because the Canadian has been working with Nadal’s uncle and longtime mentor Toni Nadal for a year. However, he had announced in advance that he would stay out of the preparation for the game against his nephew.

Nadal, who attended the Champions League final between Real Madrid and Liverpool the night before, only failed twice in his preferred tournament in 18 attempts before the quarter-finals.

In the quarter-finals, the advantages should now be on the side of Novak Djokovic lie. The Serb, who was not allowed to compete at the Australian Open at the beginning of the year due to a lack of vaccination, is in top form and again managed to get by against Diego Schwartzman without any major wear and tear. For just a moment, the Argentine embarrassed his opponent. It was at the beginning of the second round, after the surprisingly error-prone Serb had won the first set without any problems. The Argentine suddenly found himself 3-0 up with a break, but Djokovic’s reaction to the false start was impressive, winning six games in a row. Also in the 3rd round, the world number one didn’t let anything burn.

Finally could Alexander Zverev still relax and take part in the winner’s interview on the Suzanne-Lenglen court. The round of 16 duel against Bernabé Zapata made the German sweat, especially in the opening sentence. After a 4-1 lead and two breaks in the sack, mistakes suddenly crept into Zverev’s game. Zapata sensed his chance and promptly equalized to make it 5:5. In a hard-fought tie-break, the favorite then got the upper hand. As a result, the third in the world rankings increased more and more and, after another tight second round, also won the third set and thus the victory against the Spanish qualifier finally still sovereign.

Late Sunday evening also took off Carlos Alcaraz entered the round of 8. The Spanish shooting star once again showed a convincing performance against Karen Chatschanov and remained unchallenged. On the way to his 3-set win, the 19-year-old delighted the fans in Paris with a tweener praise at the break to 4: 3 in the 3rd round. Alcaraz’s next opponent is called Zverev.

carbon pricing revenue up 60% in one year |Socialnetlink