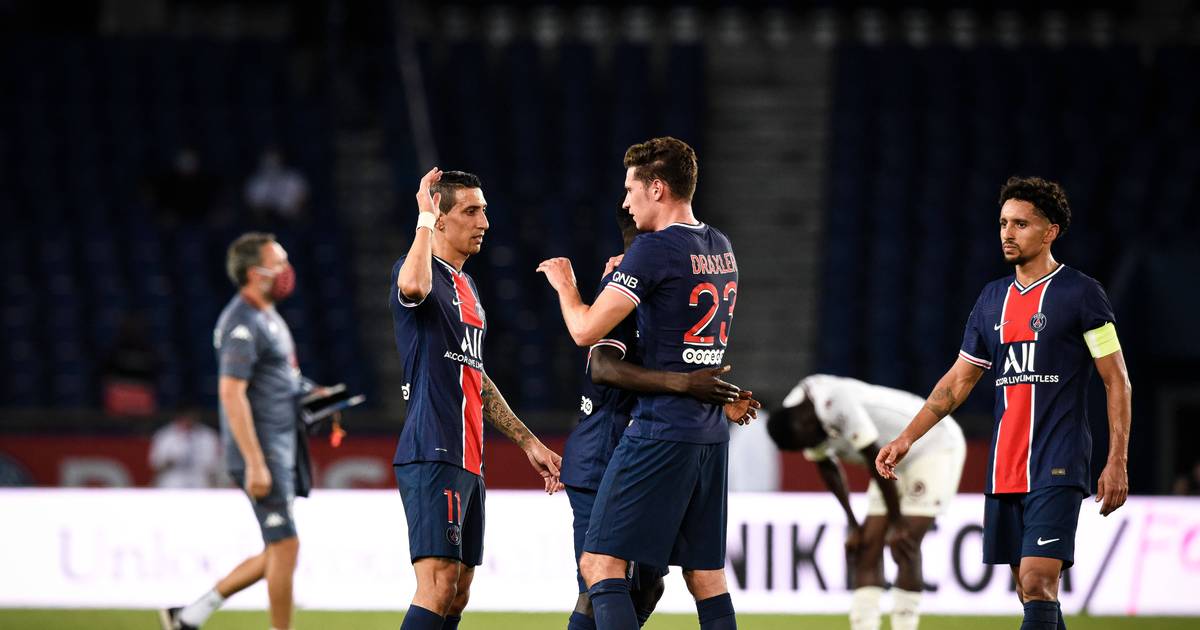 Paris Saint-Germain can still win. But also the third attempt of the new season in Ligue 1 strained the nerves of coach Thomas Tuchel tremendously.

After two 0: 1 bankruptcies against Lens and Marseille, it looked against the still pointless promoted FC Metz until well into stoppage time after the next setback for the series champions. (The game in TICKER for reading)

In the 90 + 3 minute Julian Draxler released his colors with the first goal of the season, it should be the winning goal.

PSG had struggled to create chances for a long time, while Metz kept putting pinpricks on counterattacks.

To make matters worse for the Tuchel Club was that the ex-Dortmund player Abdou Diallo saw the yellow-red card in the 65th minute for repeated foul play. In addition, Juan Bernat, who was only substituted in the second half, had to leave the field injured in the final phase.

Thus, Paris had to end the game with nine, as the change quota was already exhausted.

Nevertheless, PSG showed morale and rewarded themselves with the winning goal in the third minute of stoppage time: Ángel Di María brought a sharp ball in front of the goal from the left, which Metz keeper Alexandre Oukidja was only able to fend off forwards.

There the German world champion was spot on in the penalty area and headed the ball over the goalkeeper lying on the ground into the goal to make it 1-0. It was Draxler’s first Ligue 1 goal since November 28, 2018.

“In the first half, we missed our chances,” said Tuchel after the game. “But the players showed a great mentality, they went like crazy.” To have won this game is extraordinary. “But we deserve it.”

With three points, the Parisians are now in 15th place after three match days. (SERVICE: Table of Ligue 1)