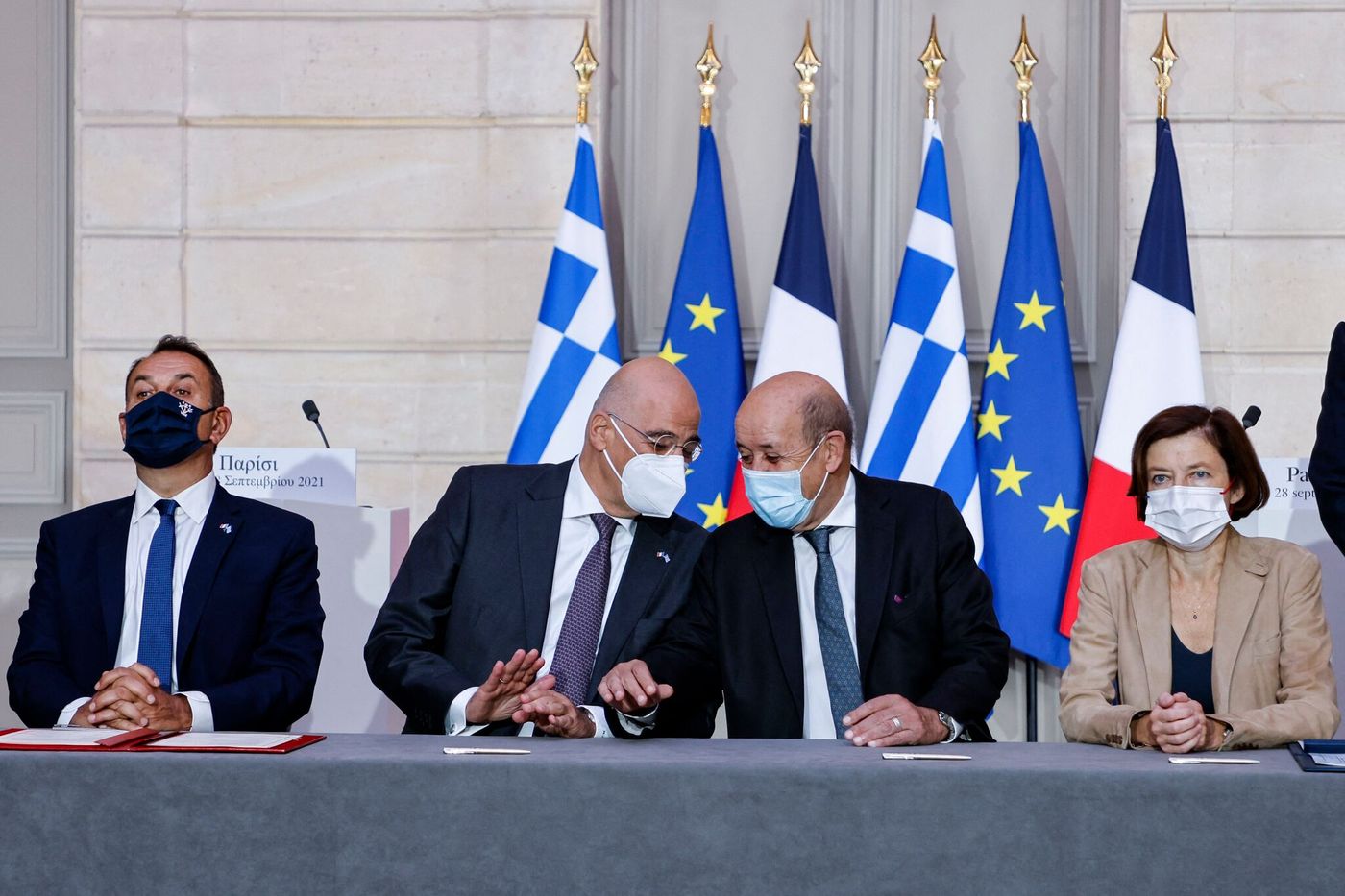 Paris consoles itself with Athens. Ten days after the shock of the Australian submarine crisis, France signed, Tuesday, September 28, a “strategic partnership” agreement with Greece. The agreement, signed by the foreign and defense ministers of the two countries, provides for a “Mutual assistance in the event of an attack on sovereign territory” one or the other.

«The Parties shall assist each other, with all appropriate means at their disposal, and where appropriate by the use of armed force, if they find by mutual agreement that an armed attack is in progress against the territory of the one of the twox », affirms article 2 of the agreement, according to the version circulated by Athens.

In the camp of Greece

This fairly unprecedented mutual assistance clause confirms the closeness of the ties between the two nations. France lines up with Greece, unlike Germany and Italy, which play appeasement between Athens and Ankara, without ostensibly taking sides.

In the summer of 2020, Paris supported Athens during the crisis between Greece and Turkey over gas drilling in the eastern Mediterranean. France had deployed the frigate La Fayette and three Rafale planes alongside Greek ships, a message of firmness addressed to Turkey which was deploying ships at the limit of Greek territorial waters. Paris had been ” reward “ in January by the signing of a contract for the purchase of 18 second-hand Rafale aircraft (2.5 billion euros), supplemented, at the beginning of September, by six other new Rafale.

→ EXPLANATION. Why Greece is arming itself against Turkey

The dispute between France and Turkey, fueled by their differences over Syria and Libya, was particularly aggravated on the issue of secularism, after the presentation by Emmanuel Macron of an action plan against “Islamism”. radical “. Tensions between the two countries have dropped a notch since the meeting between Recep Tayyip Erdogan and the French president last June on the sidelines of the NATO summit.

“Our two countries have developed a very powerful alliance which goes beyond our mutual obligations” with regard to the EU and NATO, welcomed the Greek Prime Minister. For Emmanuel Macron, strengthening the partnership with Greece “Is not directed against anyone”, “Is in perfect coherence and in full compliance with our commitments to the EU and NATO” andrepresents a “First daring step towards European strategic autonomy”.

Military cooperation between the two countries includes a component ” defense equipment Which notably involves the sale of three defense and intervention frigates, built in France by Naval Group, in Lorient, to be delivered to the Greek navy in 2025 and 2026. The agreement also includes an optional fourth frigate .

The contract “Of the order of three billion euros” must be signed “By the end of the year”, according to the French Ministry of the Armed Forces. Greece becomes the first foreign customer to be equipped with these defense and intervention frigates. In addition to the ships, it includes the supply by the MBDA missile manufacturer of their armaments (Aster anti-aircraft missiles, Exocet anti-ship missiles and torpedoes) and support services over three years.