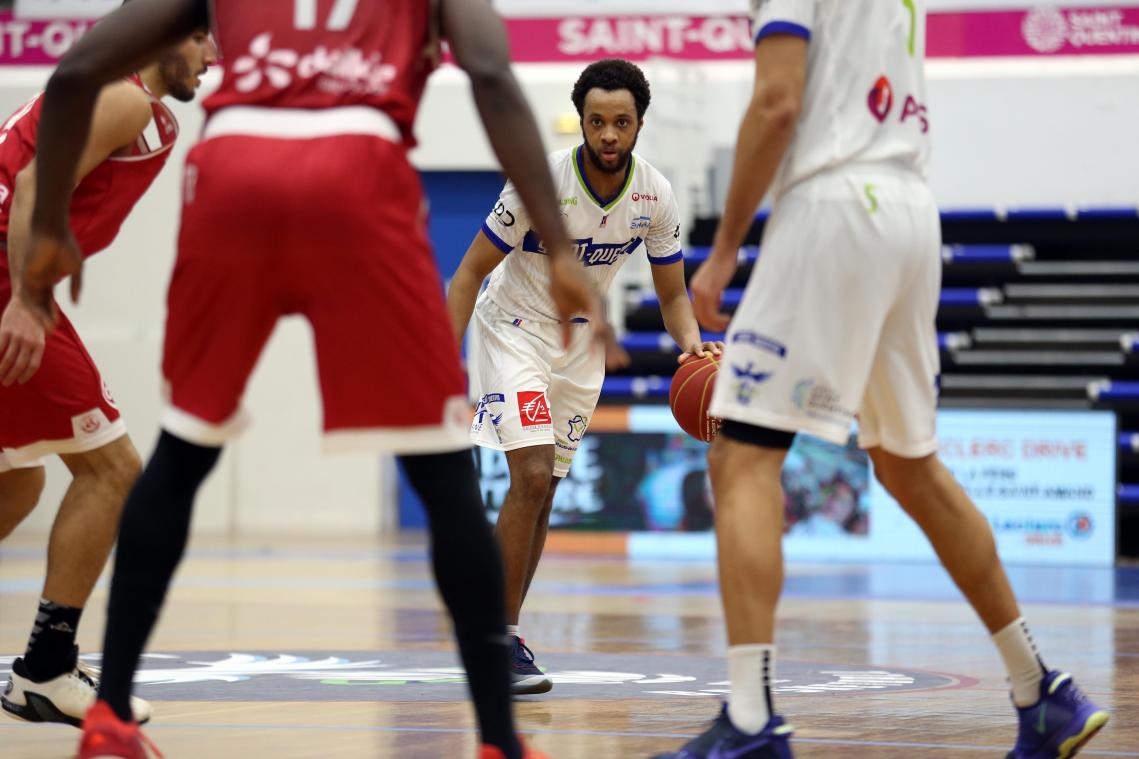 Led at the end of the third quarter, Saint-Quentin turned the tide, carried by his American leader (88-79).

An end in apotheosis. Worn by Yeboah and especially Parker Jackson-Cartwright, the SQBB won at the end of the match against a fine formation from Nancy (88-79).

Failed start for the SQBB

The SQBB is having a delicate start to the match. 4 faults conceded in just over three minutes, 0 out of 6 to 3 points, 3 lost balls including 2 for Besson alone. And above all no offensive solution found in the Nancy defense. At the same time, Nancy is already setting the sights, with two prize-winners from Lewis and one from Nkaloulou (2-13). After counting 10 points behind (4-14), Saint-Quentin wakes up thanks to its interior sector. Rhoomes, found under the basket, Bazille at mid-distance bring their team to -4 (10-14). Thanks to a newfound defensive aggressiveness. Vautier, from a dunk, gives Nancy 6 points (10-16) in the final seconds.

A party of yo-yo

After an unsuccessful first quarter, Gillet finally found the fault in his first attempt in the second quarter, alone in the corner (13-18). Yeboah imitates him on the next possession. Nkaloulou and Labanca, in their turn at 3 points, calm the Saint-Quentin revolt (20-26). In a second quarter much more rhythmic, Nancy gives a boost to regain her distance each time the SQBB comes back to height. Cumberbatch scored 4 consecutive points after a penetration of Jackson-Cartwright and a new award-winning Gillet (25-32). Saint-Quentin thought to return to the locker room with only one point behind, after the two throws transformed by Besson. It was without counting on Lewis, author of an award-winning end of the race on the buzzer (35-39).

After more than twenty minutes chasing the score, the SQBB finally manages to equalize with a dunk from Besson (39-39). A very brief tie, broken by a new winner from Nkaloulou. In a very close match, Saint-Quentin wastes opportunities, like Gillet, alone in the 3-point corner, or Phillip and Besson under the basket. Unlike Nancy, very precise in his attacks. Fortunately, the defense of Saint-Quentin is present. Except on the distant attempts of Labanca and Nkaloulou, who fall into it (50-56). Lewis scored his last two throws, leaving Nancy +5 10 minutes from the end (57-62).

The start of the last quarter is ideal for Saint-Quentin. Yeboah connects three award-winners and allows his team to tackle the lead for the first time in the match (63-62 then 66-64). Pfister imitates his teammate, after an award-winning signed Labanca (69-67). The two teams remain very close, the SQBB takes a first option 5 minutes from the end thanks to Jackson-Cartwright and Yeboah (78-73). The latter must then leave his partners for a fifth fault. But the American leader continues his work in the defense of Nancy. Its award-winning gives the SQBB a 7-point lead (83-76). When he is not at the finish, he is at the pass (4 in the last quarter). A stratospheric end of the game, concluded with a new 3 points 3 seconds from the end, for a success snatched in the last quarter by Saint-Quentin (88-79). The SQBB put a stop to Nancy’s fine series of three victories in a very good way.

For his return to Saint-Quentin, the back Mérédis Houmounou (at SQBB in 2015-2016) was deprived of a reunion with the parquet floor of the Pierre-Ratte sports center. Suffering from hamstrings, he was spared for the match.

A new number for David

Package for the match against Nancy following a blow received in training during the week, Basile David was unable to wear his new jersey, flocked with the number 4. Until now, he had played with the number 73, awarded to Djibril Marico.