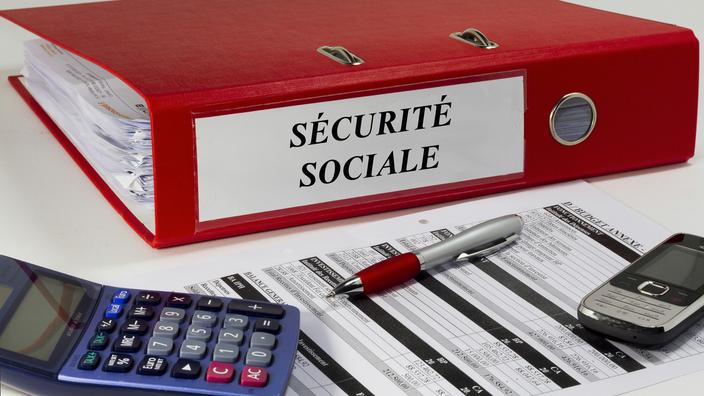 Marked by the cost of the health crisis, it translates into a historic abyssal deficit of 49 billion euros in 2020.

Dizzying deficits, further worsened under consideration: Parliament definitively adopted on Monday a 2021 Social Security budget transformed into a financial pit by the health crisis and its economic impact.

Read also :The Social Security deficit will remain abysmal for many years

The National Assembly, which had to end six weeks of parliamentary procedure, approved the final reading of the text by 67 votes to 39. The Senate, dominated by the right-wing opposition, had rejected this bill to finance the “security” (PLFSS) last week, leaving its validation in the name of Parliament to deputies only.

The Minister of Health Olivier Véran acknowledged that the health crisis has “Put to the test so many dogmas, so many certainties” in terms of budgetary rigor, that today “The balance may seem far away”. He stated, however, that “We don’t have to be ashamed” of this budget, which makes it possible to face the crisis, and also contains societal advances such as the doubling of the duration of paternity leave. Against a backdrop of curfews and re-containment, the figures have been revised several times over the sessions: the deficit for 2020 thus drops from 46.6 to 49 billion euros.

The forecasts for 2021 are also bad, with a deficit revised to 35.8 billion euros, against 28 billion expected. Covid obliges, the accounts are torn between less cash inflows due to the economic crisis, and exploding expenses for overheating hospitals, tests, salaries of caregivers etc. And now the vaccination campaign looming. Olivier Véran announced in October an extension for this year of 2.4 billion euros to create 4,000 hospital beds “on demand”, and advance the salary increases for caregivers planned by the “Ségur de la Santé”. A month later, his colleague in charge of Public Accounts, Olivier Dussopt, increased the deficit forecast for 2021 by 7.8 billion.

The majority, through the voice of Bénédicte Pételle (LREM), welcomed a budget which, despite the unprecedented challenges of the health crisis, “Allows us to modernize and consolidate our social protection model”. The right-wing opposition, on the other hand, was alarmed at the consequences of these deficits for the future. “Budget scarcity will undoubtedly be the mark of future budgets”, predicted Jean-Carles Grelier (LR). The left denounces a budget “Which only provides a short-term response” to the crisis. “We are still in a logic of compression” hospital expenses, estimated the Communist Pierre Dharréville. France rebellious (LFI) failed to block the project with a motion of prior rejection, pushed back.

Contrasting with these difficult prospects, this budget offers a widely welcomed progress, by doubling the duration of paternity leave, extended from 14 to 28 days, a measure promised by President Macron. They are often called the “Forgotten” of the crisis: the government has voted 200 million euros to revalue the salaries of home helpers, who work with the elderly and the disabled. The text also confirms the creation of a new branch of social security, dedicated to dependency. But the funding still remains largely to be found, making say to Gisèle Biémouret, of the socialist group, that it was at this stage a “empty shell”. Another notable measure is that people going to the emergency room without being hospitalized will have to pay a “flat rate” of 18 euros, replacing the current “user fee”. The left has strong reservations.

Read also :A “fixed price” paying from 2021 for emergency visits without hospitalization

The final budget buries the idea adopted by the senators to postpone the legal retirement age from 62 to 63 years to rectify the social accounts. The reform was judged “Premature” by the government and the Assembly did not keep it. Standing up to the government, the parliamentarians imposed a reduction in employers’ charges for winegrowers, in order to help this sector very affected by the crisis. They also passed several provisions to strengthen the fight against security fraud, absent from the initial project.