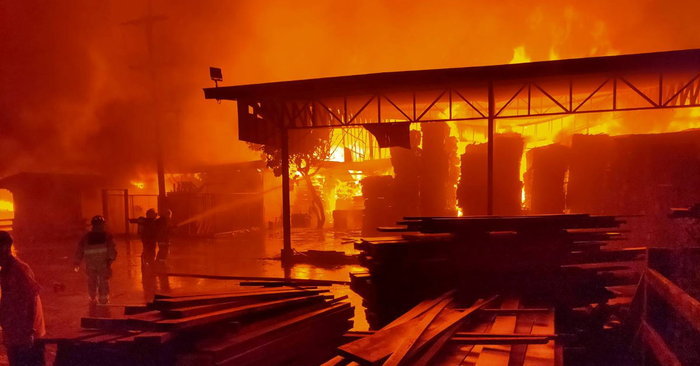 A fire broke out in a lumber mill. Pathum Thani Province Officers rushed to spray water to extinguish the fire. The 200 liter oil tank has been moved out.

The site of the fire broke out at 2 warehouses, which were warehouses for plywood and sawing tools. Rescuers found more than 50 200 liter oil tanks, using 4 water nozzles to block it. do not let the fire spread and used a truck to transport 200 liters of oil tanks to the outside.

At the scene of the accident, there were a total of 6 warehouses, 2 of which were destroyed by fire, and there was still a fire that was still unable to control the fire.

Initially, two people were reported injured in the fire. Po Tek Tung has been taken to Pathum Thani Hospital.