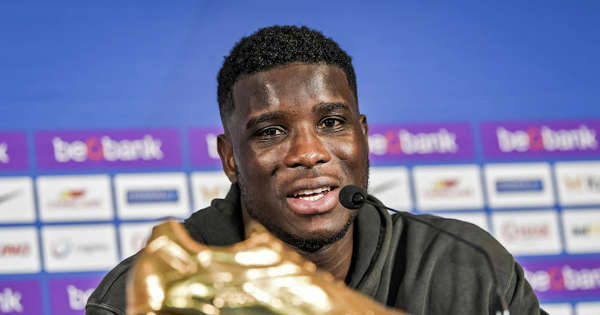 Before the very important match against Union Saint-Gilloise, Genk has a few uncertain players. Racing coach Bernd Storck gave some details about the group that will be taken over for the trip to the championship leader.


The Limburg coach has to deal with a small group. Paintsil is only back from the AFCON after his elimination with Ghana, the new recruit Ouattara still have to train before being at 100 percent, Nemeth is injured and Juklerod is slowly coming back from injury. Thorstvedt will also be absent, still suspended after his nasty gesture against Ostend at the end of December.

In comments relayed by The last news, Storck gave information at a press conference concerning the state of form of the Golden Shoe, Paul Onuachu. “After four weeks without a rhythm, he felt every muscle in his body today in training. So hopefully he’ll be able to go all out tomorrow. He’s very tall and still has a physique. very strong. It’s not easy to get him back on his feet straight away. I expect him to stay on the bench and then we’ll see if he comes on.”

The German coach also gave his impression before the match which awaits his men against Union Saint-Gilloise, a formidable opponent and current surprising leader of the Pro League. He knows it won’t be an easy game. “They play well as a team and have a good style of play. Everyone knows what their role is in the game plan. Both forwards know each other well, they know perfectly well what the other is going to do. They don’t wait step and play against. That’s why it’s very important for us to improve our structure when we lose the ball.”

Emirates News Agency – During a phone call with Abdullah bin Zayed, Angola’s Foreign Minister affirms his country’s solidarity with the UAE after the Houthi terrorist attack