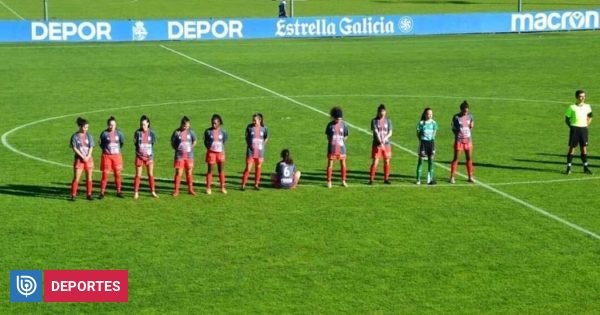 An ‘anti-tribute’ that is already going around the world. That starred this Sunday Paula Dapena, player of the Viajes Interrías FF team from Spain.

Dapena, in the framework of the duel against Deportivo La Coruña, decided to stand down and protest in the middle of the minute of silence scheduled by the Argentine Diego Maradona.

When the 22 players were getting ready for the solemn moment, Dapena decided to sit down and turn her back, as if nothing was happening, in a fact that has generated all kinds of reactions.

As expected, the most fans of the trans-Andean star have shouted in the sky with questions and offensive comments towards the player.

On the other hand, Dapena has received support, mainly, from a good number of participants of the feminist movement from different countries.

“I refused to keep it for a rapist, pedophile and abuser”

After the great commotion that his action has generated, Dapena decided to explain why he was subtracted from the tribute to Maradona.

“A few days ago, on the day for the elimination of gender violence, these gestures were not made and if the victims did not observe a minute of silence, I am not willing to do it for an abuser,” he explained, according to the portal. The Spanish.

“I said that I refused to keep that minute of silence because of a rapist, pedophile and abuser and that I had to sit on the ground and turn my back,” he added.

In relation to the same, Dapena ruled that, in his opinion, “to be a player you have to be first a person and have values ​​beyond skills like those he had, which we know were spectacular soccer qualities and gifts.”

As for the reaction of her teammates, the player only limited herself to saying that “they looked at me and laughed, because they knew I would not keep it.”

1 thought on “Paula Dapena, the player who refused to honor Maradona”