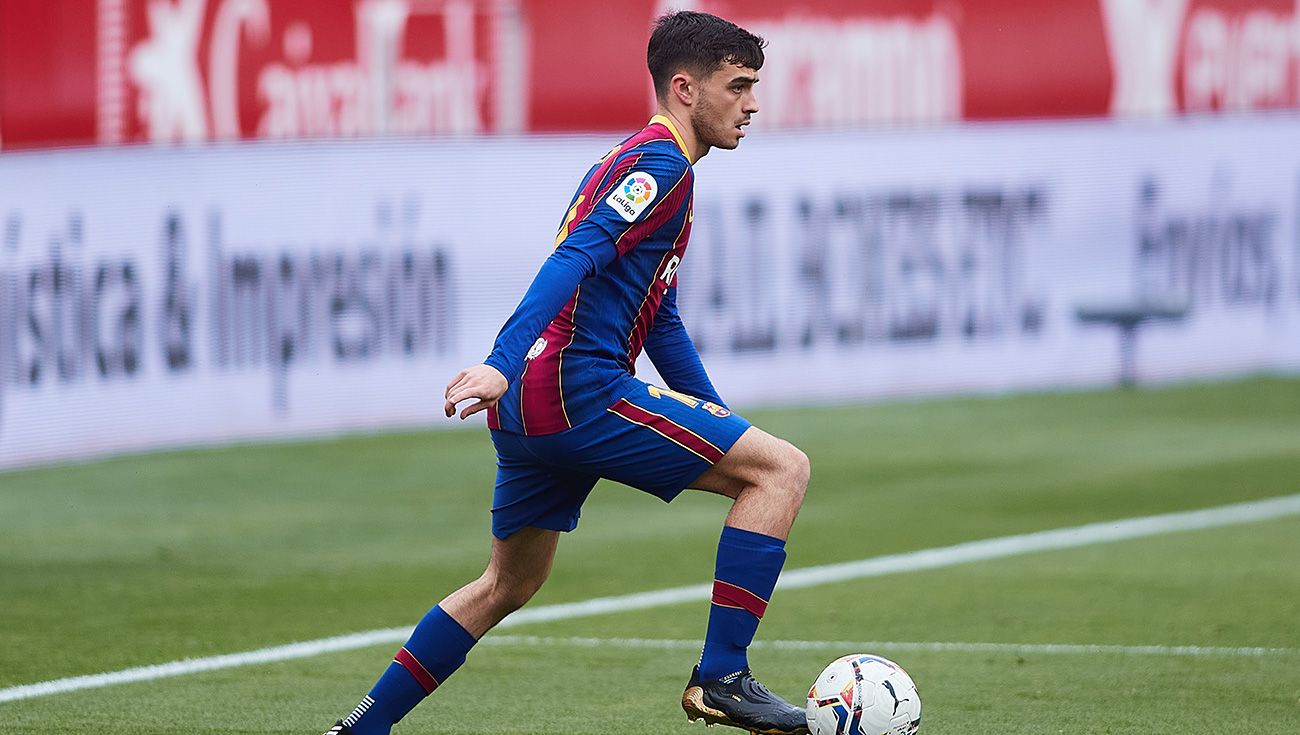 Pedri it was undoubtedly the negative note of the victory of FC Barcelona in Ramón Sánchez Pizjuán. The canary, who returned to play another sensational match, had to retire from the field injured in the 71st minute and set off all the alarms. Hours after the crash, he was diagnosed with a soleus muscle stretch in his left leg that left him practically ruled out for the Cup match on Wednesday.

The Catalans face Sevilla again, but this time to play the second leg of the Copa del Rey semifinals at the Camp Nou. A key duel in which the Barcelona fans will have to overcome the 2-0 in the first leg if they want to be in the grand final. For all this, that the Tenerifean could not play was devastating news for the Catalans. However, all of this has taken a 360 degree turn in just a couple of days.

This Tuesday, to everyone’s surprise, the one from Tegueste He jumped to the training field with the rest of his teammates and worked with absolute normality. The ex from Las Palmas appeared to be fine and was not seen to be in pain at any time. Taking into account that he left the Sevilla stadium with crutches and that it was said that he could be out of one to two weeks, this seemed a true miracle.

Ronald Koeman was also surprised about Pedri’s physical condition and at a press conference confirmed that he could play against Sevilla on Wednesday. “There are things that can hardly be explained. I was also surprised yesterday, that he already did an individual training. Today he trained without problems. You have to wait for tomorrow, but you can get on the list“announced the technician.

It will be necessary to see if this Wednesday he has a problem in the session prior to the match against the Hispanics, but everything seems to indicate that he is healthy and that he will not have any relapse. It is surprising how he has been able to improve so much in such a short time, but without a doubt it is very great news for Barça, which surely you will be able to count on one of your fittest players in this decisive clash.

Araújo is still injured and did not train

On the other hand, if the canary is the positive note, Ronald Araújo​ is the negative. The Uruguayan, who could barely play a few minutes on Saturday because he noticed ankle discomfort, could have relapsed from his injury. This Monday he did not train and on Tuesday he could not do it either, so it will be a doubt until the last minute, as Koeman admits. “Araújo has not been with the group because he has some discomfort. Let’s see tomorrow in the last training session and we will decide if he enters the list, “concluded the Dutchman.

See Also:  Philippe Gilbert's immense challenge in Sanremo: "With him, you never know!"