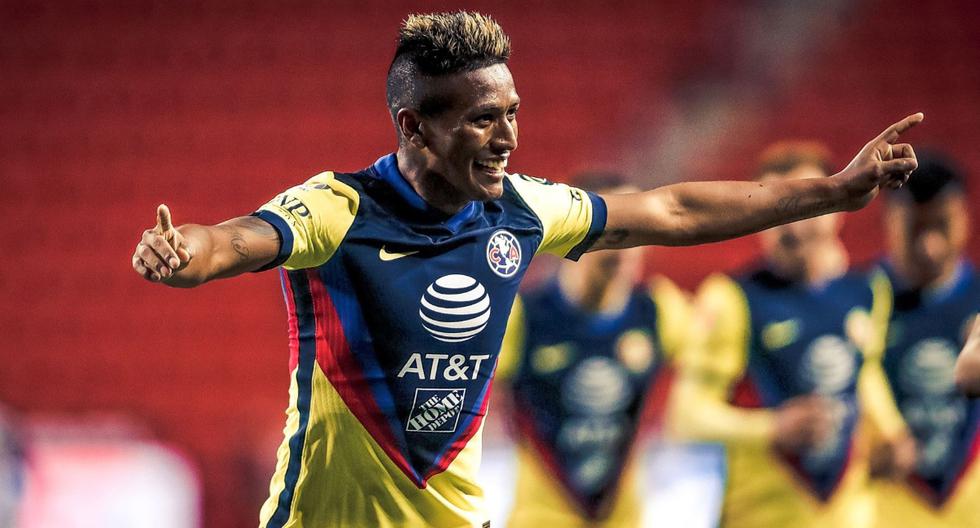 Pedro Aquino dazzles in the north of the American continent. He’s in one of the best moments of his career, if not the best. Friction, recover, organize and even save your team. It didn’t just happen last Wednesday. His good performances in the America from Mexico they have become a constant. And not by chance is he close to getting a ticket tol Club World Cup.

SIGHT: Josepmir Ballón: “I hope Aquino returns and that Farfán has ten points to do good to the national team”

It was the 34th minute in Chester, Pennsylvania. The ball reached the Mexican team’s area with great danger. Just as the rival attacker from Philadelphia was preparing his shot, appeared Pedro Aquino to put out the fire. He made an effort with a masterful sweep and put his body to avoid being a goal by the opponents.

That play was Aquino’s most outstanding in the semifinal of the Concachampions. He starred in many more, but that one transcended in an important way on the scoreboard. If he ended in a goal, the final result (2-0) would have been different, even against his team. But the Peruvian is always to the rescue. 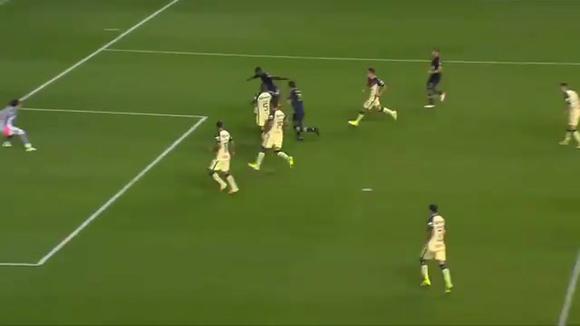 A) Yes, Pedro Aquino He is already in the final of the contest and he is still waiting for his rival: he will be the winner of the match between Cruz Azul de Juan Reynoso and Monterrey. Be that as it may, the great moment of the Peruvian midfielder in America is close to consummating with the Concachampions title and, therefore, the long-awaited qualification for the Club World Cup.

– Absent in the Peruvian team-

Despite his brilliant present with the ‘Eagles’, Pedro Aquino has not been considered in the last two calls of the Peruvian team. The 26-year-old midfielder missed the 2021 Copa América and the September triple qualifying date heading to Qatar 2022. Now, he hopes to live up to what Ricardo Gareca is looking for for the next challenge.

Aquino has played eight games in the current Liga MX campaign, seven he did as a starter. In the Concachampions the story is similar: he has played six games and in four he started from the beginning, always being the protagonist in the midfield of America.

His presence is indisputable in the scheme of his coach Santiago Solari. Even, The great season of the Peruvian midfielder allowed him to be in the All-Star Game between MLS and Liga MX. 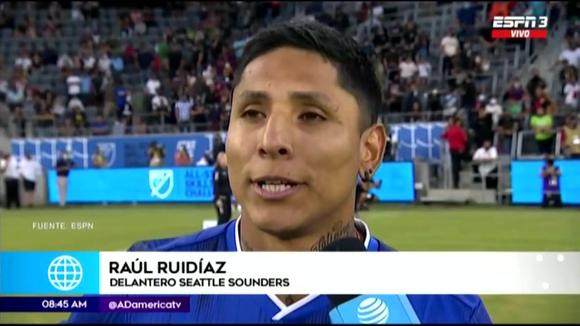 Liga MX vs. MLS: Peruvians will face each other in a match of the stars Four Peruvians will be present in the duel of the best players from Liga MX and MLS. Juan Reynoso will be the technical director of the Mexican cast and will have Pedro Aquino at the wheel of América. (Source: América TV)

In this positive context, his call for selection was imminent. But it was not like that. For the Copa América, the absence of Not here, as well as other players, in the sense of giving them rest and trying other options that add to the ‘Blanquirroja’.

However, the midfielder from America it was also not considered in the last call of Gareca for the Qualifiers. The coach of the national team decided to have two options for each position and, in that regard, he opted for Renato Tapia and Wilder Cartagena, who have given the stature every time they have defended the colors of the national team.

Now, the current context demands the return of Pedro Aquino. With Renato Tapia in the chapel for a yellow card, the call for the America midfielder in October is the most prudent and necessary thing for the ‘Blanquirroja’. The national team will qualify for the World Cup and Aquino cannot be absent.

– Peruvians in the Club World Cup –

To get the Concachampions trophy, Pedro Aquino will join the glorious list of Peruvians who were present at the Club World Cup. He is just one step away and he will fight to accomplish the feat.

The Club World Cup is the successor to the former Intercontinental Cup, where Juan Joya He was the first Peruvian to shine with two champion crowns with Peñarol, a club where he is an idol. He won the title in 1961, where he scored a double in the final against Benfica, and in 1966, when he beat none other than Real Madrid.

Since then, it took a long time for another Peruvian to dazzle again at the Intercontinental. In 2001, Claudio pizarro He returned to leave a Peruvian mark in the contest. At just 23 years old, the ‘Bomber’ started Bayern Munich’s victory (1-0) over Boca Juniors and shouted champion.

READ ALSO: What Gareca must solve in 15 days: the return of 2 footballers, confidence in a historical and changes in defense

After the Intercontinental ceases to exist and makes way for the Club World Cup, Martin Hidalgo he did his thing in 2006. The national defender was one of the protagonists of the Porto Alegre International, which hit Frank Rijkaard’s Barcelona and won the world title. Hidalgo played the semifinals against Al-Ahly, but missed the final against the Blaugranas due to injury.

Six years later, one of the greatest feats of Paolo Guerrero in his career he lived in the FIFA tournament. On the basis of goals, the ‘Predator’ set the course for a historic title for Corinthians. The Peruvian striker scored his team’s goals in the semi-final against Al-Ahly and in the final against Chelsea.

In 2013, again Claudio pizarro was present at the Club World Cup. The forward was part of the Bayern Munich team that became champions of the tournament, after their triumphs against Guangzhou Evergrande in the semis and Raja Casablanca in the final.

The last time a Peruvian played the tournament was in 2019. André Carrillo was the protagonist with Al-Hilal who overcame the second round against ES Tunis and then fell 3-1 in the semifinal against Flamengo, where the Peruvian winger was expelled.

Now the next Peruvian in the Club World Cup is close to being Pedro Aquino, although it could also be Yoshimar Yotún led by Juan Reynoso. America’s midfielder is already in front of the goal, now it’s up to Cruz Azul’s team to do the same to define the classification for the historic FIFA tournament.