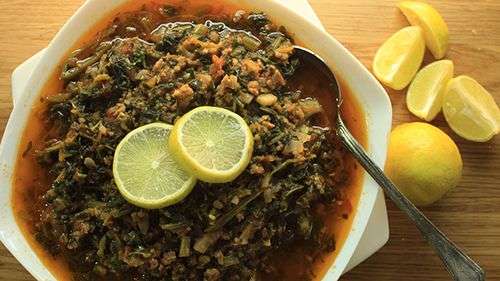 A study suggests that eating spinach like Popeye will not only make you stronger, but may protect you from dementia.

Researchers found that people with higher levels of three major antioxidants in their blood were less likely to develop memory-stealing disorder.

Two compounds, lutein and zeaxanthin, are abundant in green leafy vegetables, as well as peas. Oranges and papaya are the main sources of beta-cryptoxanthin.

“Expanding people’s cognitive function is an important public health challenge,” said lead researcher Dr. May Beydoun, an expert on aging from the US National Institutes of Health.

The study itself, published in the Journal of Neuroscience, didn’t actually look at the volunteers’ diets.

However, scientists have long advocated that a healthy diet can prevent dementia by promoting heart and circulatory health, both of which are known to play a role in the disease.

As well as through diet, people can boost blood levels of the three compounds by taking supplements.

Dr. Beydoun and her colleagues analyzed blood samples from more than 7,000 Americans. All participants were at least 45 years old and also underwent a physical examination and interview at the start of the study. They were then monitored for 16 years, on average, so that experts could track rates of dementia.

Participants were divided into three groups based on the level of the antioxidants lutein, zeaxanthin and beta-cryptoxanthin in their blood.
An increase of 15.4 micromols per liter in levels of lutein and zeaxanthin was associated with a seven percent reduction in the risk of dementia, the researchers said.

Meanwhile, each increase of 8.6 micromols per liter of beta-cryptoxanthin reduced the chance of developing dementia by 14 percent. The effect of antioxidants on dementia was reduced when other factors, including education, income and physical activity were taken into account.

It is possible that these factors may help explain the relationship between antioxidant levels and dementia, Dr. Beydoun added.

The team also acknowledged that the results are limited because they are based on a single blood measurement taken at the start of the study, which means they may not reflect people’s levels over their lifetime.

Dozens of studies have shown that a diet rich in fruits and vegetables can help reduce the risk of dementia, which affects 944,000 Britons and 6.5 million Americans.

Experts believe that eating a particular diet can influence the biological mechanisms that lead to dementia.

Studies have previously found that a Mediterranean diet, high in vegetables, fruits, legumes, and fish, lowers blood pressure, a risk factor for dementia.

Dr James Connell, from the Alzheimer’s Research Institute in the UK, said previous findings on the relationship between antioxidants and the risk of dementia have been mixed.

He said that when lifestyle, socioeconomic status and physical activity factors were taken into account, the reduced risk observed in the new study was smaller.

Dr. Connell said it’s important that researchers continue to investigate the protective effects of antioxidants in the context of other risk factors and work to understand how they interact.

“The diseases that cause dementia develop over many years, but this study only looked at levels of antioxidants at one time.”
“While this research highlights an interesting finding, it is important that the research takes a long-term view of the factors that may influence risk.”

Dr. Connell added: “The only way to know if certain foods or supplements containing these foods help reduce the risk of dementia is through careful clinical trials in the future.”