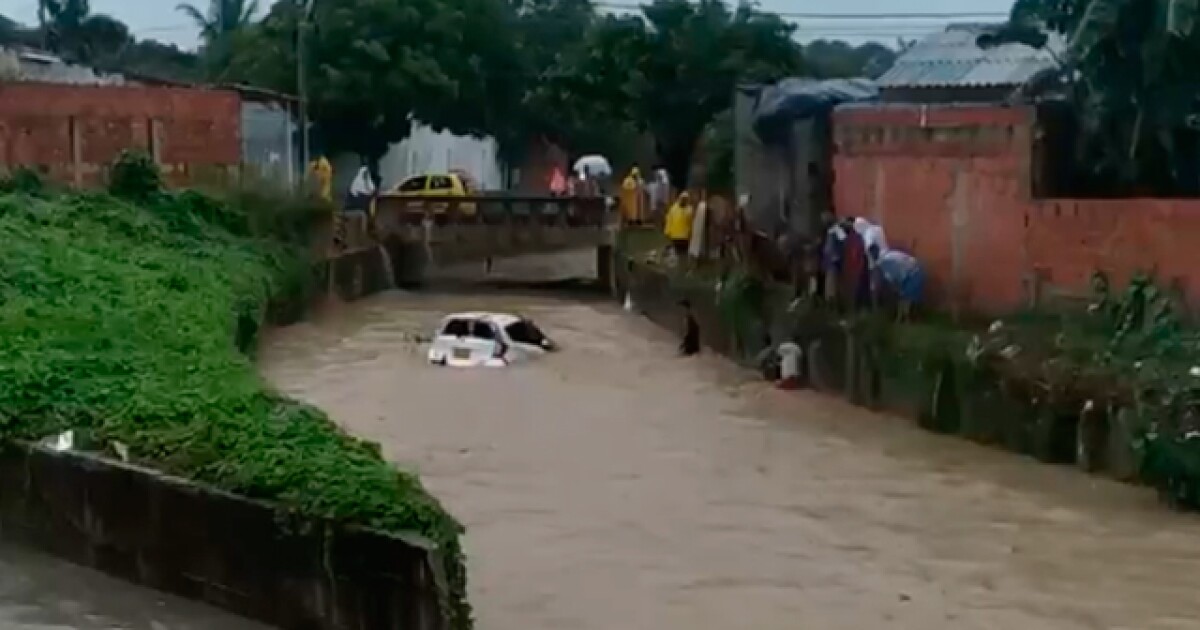 The ravages of storm Iota
they are already beginning to be felt in the Atlantic. In the San Martín neighborhood, in Barranquilla, the inhabitants of the sector rescued a vehicle that was dragged by a stream. According to a witness, there was no person on board.

In Puerto Colombia, the failures in the terrain of an urbanization have been aggravated by landslides generated by the rain. Three families will have to abandon their homes that are about to collapse.

In Malambo, there were floods in shops, streets and houses, leaving at least 89 people affected.
Faced with this worrisome situation, the maritime authorities recommend extreme safety measures in navigation.

The archipelago of San Andrés, Providencia and Santa Catalina, according to the experts’ forecast, could be one of the most affected by tropical storm Iota.

After the damage caused by hurricane ETA, the residents of San Andrés want to be prepared for the arrival of the tropical storm and joined forces to advance days of cleaning the grids and pruning trees in the face of the rains and strong winds that this natural phenomenon will bring.

Another measure is the closure of beaches and the restriction on the departure of pleasure and fishing boats.